I'd like to start by saying that I made a mistake.

Previously, I called Battlezone the PlayStation VR's killer app. I said that the tank-brawler, that I've written about plenty - including yesterday - was the best reason to own a PlayStation VR, but I was incorrect.

It's VR Worlds, the collection of fleshed out tech demos you can pick up for a cut price. The reason is simple: It shows you everything that VR can do, and even lets you play around with your Move controllers while you do it.
[break]
I explored the ocean, nearly hurled at street luge, and played virtual reality Breakout; but what really stuck with me was The Heist. It's almost too short, but it's filled with interactivity. Where else but VR could I quietly smoke a cigar while a greasy crime lord outlined his plans for me, stopping only to lean forwards so I could light his cigar off of my Zippo lighter?

The greasy crime lord, whose name evades me, takes out his little black book. 'In here', he says, 'is the secret to the entire underworld.' I'm having some of that, I think, and playfully reach for the book. He pulls it back away from me, just out of reach. The game has played me.

The PlayStation Move integration really helps sell the sense of place in the game. In the next scene, you're trying to open a locked cabinet, poking and prodding at different things to try to find a way to unlock whichever secret compartment in this desk holds the diamond. After working that out, I come under fire from each direction, but I'm not carrying a gun.

Shooting feels natural and when you cower behind the desk from enemy gunfire so too does your character, the camera tracking your head and hands so you can hide behind the desk while returning fire. It's as close as I'm likely to get to an actual firefight in my North London flat, and it's really engaging.

VR Worlds is full of games like this, but The Heist's strongest feature is that it is good enough to make you forget you're basically just playing a lightgun game. It's the range of little interactions that make it, being able to play catch with your handgun, turn up the radio in a car, or even open the car door and hang out, centimetres from the road surface. You can do all of this in The Heist.

It's the most compelling reason to show someone new to VR what virtual reality is all about, and how even the on-rails shooters are a million miles from the old arcade days of stepping down on a peddle to pop out of cover. The PlayStation VR needs more of this. 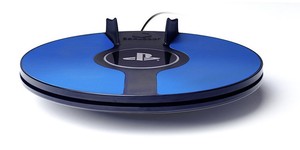 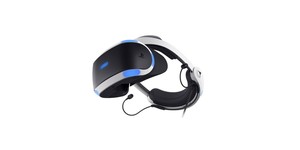 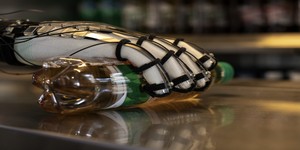