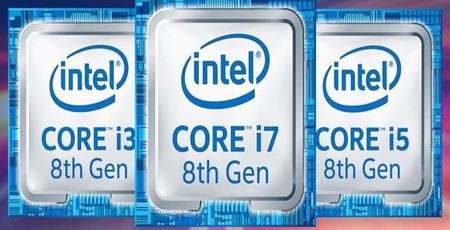 If you're able to cast your mind back 10 years to when Intel's dominance in the processor market started and the success of AMD faded, you'll likely know that Intel's Core architecture was the weapon that dealt such a massive blow, one that AMD has only really been able to scramble back from this year. It wasn't with cores or overclocking prowess - it was raw power and efficiency.

While AMD's Ryzen CPUs have certainly shaken things up, they certainly haven't dealt the kind of blow to Intel that it did to AMD a decade ago. There are still plenty of reasons to consider Intel for all manner of tasks, although that list is much shorter than it was in January this year when Kaby Lake launched. The company is clearly concerned by AMD, else we wouldn't be on the eve of a historic third platform launch inside 10 months from Intel alone. However, things are different this time. With Coffee Lake, the biggest change is in core counts.

Intel has been peddling all sorts of numbers about percentage improvements, but only some of the key numbers come from architecture or manufacturing process refinements as well as clock speed increases. The biggest numbers are from the fact that pretty much across the range, core counts are being boosted by up to 100 percent, or at the very least by 50 percent. This is where the new battleground will be, and it's largely AMD that decided this. Yes, it's had more cores in the mainstream for a long time, but it could quite easily have opted for a different path with Zen rather than offering similar core counts to the Phenom or FX CPUs that today seem a world away. Intel has had to respond, but early rumours are pointing at not just a knee-jerk reaction but instead at some CPUs that could drastically reduce AMD's success this year with Ryzen.

In terms of specifications, the rumoured Core i7-8700K will have six cores and 12 threads with a 4.3GHz turbo frequency, and some sites are pointing at a single-core boost mode of 4.7GHz. Both speeds here are significantly higher than anything in AMD's arsenal. For overclockers, the tantalizing question will, of course, be just how far can you overclock Coffee Lake?

4.8GHz has been an easy target for most K-series Kaby Lake CPUs, and I have a retail Core i5-7600K on my desk that can manage 5.1GHz as an everyday overclock using a modest all-in-one liquid-cooler. It's these high frequencies that have allowed Intel to hold on to certain niches in terms of performance against AMD, even when the Ryzen 5 1600X and even the Ryzen 7 1700, which retail for similar prices to Intel's K-series Core i5 and Core i7, have beaten them hands down in all other tests.

While Intel will still be at a two-core deficit in the mainstream (it will overtake AMD's Threadripper soon in the HEDT market with its Core i9-7980XE), the fact that the Core i7-8700K could overclock to lofty frequencies and is slated to cost around £390 means that the Ryzen 7 series is definitely under threat. This could be the reason why all Ryzen 7 CPUs have seen hefty price cuts recently, with the 1800X now retailing for £400, down from £500, while the 1700 now costs £280 compared to £330 prior.

Indeed, when we looked at the Ryzen 7 series and included numbers for Intel's old six core, the Core i7-6850K, the latter overclocked to 4.2GHz came close to matching the Ryzen 7 1700 despite the two-core deficit. Adding another 600MHz to that as well as the latest architecture - the Core i7-6850K only sported the Broadwell-E architecture, which will essentially be three generations old when Coffee Lake lands - and it's going to be very interesting to see what happens in the Core i7 versus Ryzen 7 deathmatch. One thing that AMD has done particularly well, especially with the likes of the Ryzen 5 1600, is offer a great all-round CPU. Yes, Intel might be slightly faster in games, but the Ryzen 5 was much cheaper and offered huge leads in multi-threaded tests, making it one of the most one-sided arguments outside of the HEDT market. The new Core i5, which if you've seen the rumours, will also have six cores but no Hyper-Threading, is set to cost even more at around £270 (again, this is based on rumour). However, the extra price could well be worth paying over the hex-core Ryzen 5 CPUs if the new Core i5 can overclock well or performance is good at stock speed.

The difference here is far less than the Core i7-8700K has to deal with, as the Ryzen 5 1600X, for example, has the same number of cores, meaning that only its support for Simultaneous Multi-Threading (AMD's equivalent to Intel's Hyper-Threading) separates it and the supposed Core i5-8600K. That gap could easily be closed by a bit of overclocking, and even in multi-threaded tests, a decent overclock could see the Core i5 match or better the AMD CPUs in terms of value.

I'm optimistic for the Core i5 in its battle against Ryzen in both value and performance terms. There is the Ryzen 5 1600 to consider too, though, which at £190 now is nearly £100 less than the expected price for the new Core i5. But the latter sports much higher frequencies at stock speed, and a 4.8GHz or higher overclock could well put the AMD CPU in its place considering the best all-core overclock we could manage with the Ryzen 5 1600 was 3.9GHz. I won't waffle on about the Core i3-8350K, as the argument here is very similar to that of the Core i5 versus Ryzen 5 hex-core battle, but it's no less interesting.

In short, then, despite a two-core deficit in the fight with AMD's Ryzen 7s in the £300+ price bracket and lack of Hyper-Threading with the Core i5 and Core i3 versus the quad-core and hex-core Ryzen 5 CPUs, I think Intel could still claw back enough performance to even the scales at the very least. 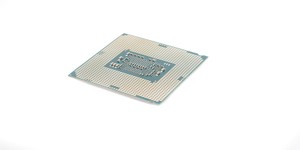