While we're not printing replacement organs just yet, 3D printing is proving very useful in prototyping and also in PC customisation. We've seen numerous PC mods sporting 3D-printed components and one or two that had entirely 3D-printed cases as well.

Asus has taken things one step further and begun offering an array of 3D-printed components that can be attached to motherboards. You can download the files and print them yourself or send them off to one of an increasing number of third party printing companies.
[break] It was kind enough to send us a special edition bit-tech version of its Z170 Pro Gaming Aura, as a showcase of what's possible with its latest 3D printing-friendly motherboards, in particular the Z170 Pro Gaming Aura, the ROG Strix X99 Gaming, Rampage V Edition 10, Z170 Sabertooth as well as keyboards, mice and graphics cards. Does 3D printing have a place in PC modding? Absolutely.

We've had a go at printing some parts too, but if you'd like to have a go with your own board and 3D printer or get them printed online, you'll need to head over to the forum post here to get at the 3D model files, which are free to download. Unfortunately our printer is fairly slow and took a good half an hour just to print a 24-pin cable comb at low resolution, but even on a fairly low resolution of 200 microns the cable comb is perfectly usable, albeit in need of a paint job.

Some of the more complicated objects for the Z170 Pro Gaming/Aura include an I/O shroud/cover (missing on the stock board), a shroud to cover the fan header, USB 3.0 header and 24-pin ATX connector on the right side of the board and, to prove that adding 3D-printed parts to your motherboard isn't just for aesthetic reasons, there's even an M.2 fan holder to cool those toasty PCI-E NVMe SSDs. The cable combs themselves won't work with full size cable braid - only standard gauge rubber cables and thin braid such as that used on CableMods cables as shown here, although you can probably tweak the design to enlarge the holes in a CAD program or Tinkercad.

Due to the complicated nature of these items and the possible need for using support material, unless you have a fairly elaborate setup at home, it's probably going to be best to get these parts 3D printed by a third party that can print using a higher quality SLS printer.

You can use additional standoffs to attach many custom 3D printed parts, but the Z170 Pro Gaming/Aura has a couple of extra mounting holes on the PCB for mounting some parts, in particular the lower shroud that our one-off model came with. To really promote 3D printing, it would clearly be handy to have more mounts on other boards too so we'd like to see Asus adding them in the future, especially on ROG-branded items.

If you fancy a go at the shroud, this is actually possible to do at home, at least for the Z170 Pro Gaming/Aura. It comes in three parts - the supports that use the top-left and mid-left motherboard mounting holes, plus the top shroud. You can simply glue these sections together. Here's our effort at printing the three sections of the I/O shroud and mounting them to the motherboard - again admittedly without some finishing and a much needed coat of grey metallic paint.

We'd like to thank Asus for sending us this customised version of the Z170 Pro Gaming/Aura and don't forget if you want to get in to 3D printing models for your Asus motherboard, you can download ready-made files from the ROG forum, and I can highly recommend Thingiverse for additional files and Tinkercad for a simple to use 3D design tool. Don't forget to take a look at our own 3D printing thread in our forums and also to check out these case mod projects that feature 3D printing too; Node by Complx, M8 by p0Pe and Aetos by Maki role. 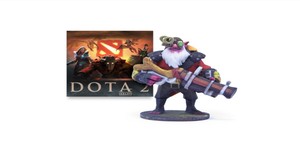