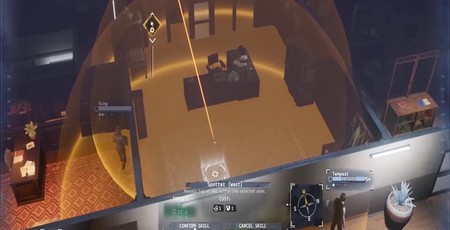 Another Gamescom has come and gone, and I've returned to the fictional bit-tech towers filled with all-too-real Bratwurst and Kölsch.

Still, in addition to German sausage and beer, I also got my hands on a host of upcoming games. It was a tough sacrifice, but hopefully this list of the best titles from Gamescom 2017 is worth it. Yes, Rainbow Six Siege came out in December 2015, but welcome to the future. Blood Orchid adds three new operators and a new map to the game, with the operators being the first since September after the team decided to take three months out to fix up some of the issues in the game.

The thing is, Rainbow Six Siege has been rather more popular than anyone imagined, with over 20 million registered users. As a result, the team decided to buckle down and fix a lot of issues that might crop up later and focus on building the best possible product to push forwards.

Boring, I hear you say, but it means that the game is now more polished than it's ever been, and these three new operators, one Polish and two from Hong Kong, bring a new focus on gadgetry, with all three bringing electronic doohickeys to shake up the meta. Better yet, if you own Siege already, it's all free. Phantom Doctrine, the newest game from Hard West developers Creative Forge, seems like it was tailor-made for me.

It's spy XCOM, with agents infiltrating and fighting their way through missions in isometric viewpoints. Even just looking at the tactical layer, this would be impressive: Your spies run around with a slight crouch, shouldering their weapons as they fight to keep low. Combat agents are full-on commandos, while espionage agents are already in the maps, scoping out enemies and turning off security countermeasures. If it all goes wrong? There's off-map support, a team of spotters, snipers, and other staff that can help you out.

Get away from the tactical layer and there's a mass of depth; the MK Ultra program can be used to brainwash enemy agents or inspire loyalty in your own, while chemical testing can be used to improve agent's capabilities. You can also investigate intel picked up during the mission and try to link it together, parsing the information for codewords that might clue you in as to where enemy facilities are hiding.

Phantom Doctrine is a long way off, with Creative Forge estimating a mid-2018 launch, but this could work in its favour, as most players will be finished with the one-two punch of Mario X Rabbids and XCOM 2's expansion by then and be looking for their next tactical adventure. Doctrine could fit the bill nicely. This is more of the same, but if you're a franchise fan, there's actually a few neat new touches here for you to sink your teeth into.

Ancient Egypt is engaging, and the game has introduced a loot system, meaning you can loot weapons of varying rarities from enemies and then use them to chop people to pieces. During my 45-minute hands-on, I saved a sacred bull from poisoning, rescued child-slaves from bandits, and climbed the great pyramids.

Assassin's Creed still isn't the stealth game it claims in its marketing, but as a historical epic you can play on the sofa with a few beers, it's shaping up to be a blast. I had to leave the press demo for this because I was too scared to investigate a certain house. I murmured excuses of another appointment and left. Don't let this be a big indicator on the game, though; I have a well known intolerance for spooky stuff.

The 20 minutes that I did stomach revealed a horror game that's competently put together, delivering jump scares and a deeply unsettling eldritch vibe. I didn't get to experience much of the combat during this demo, which was set early in the game, however what was there feels bloody and exciting.

The game feels solid; I'm just too scared to play it ever again. Cuphead is tough. The long-awaited platform blaster has been on approach for a while, but the 1930s cartoon art style on show hides some intense run-and-gun combat, which is surprisingly punishing in play.

Even away from the blasting, which I enjoyed in the short slice I played, there are tons of little touches that scream quality: There's a soundtrack, composed by a jazz band, and the developers clearly have a good idea of what made 80s run-and-gun platformers like Contra tick, and beyond the cutesy visuals, that's exactly what you're getting here. Battlefront 2 — technically Battlefront 4, not to be confused with the actual Battlefront 2 from 2005 — had me a little nervous before playing it. It turns out I was wrong to be nervous, as Star Wars Battlefront 2 is the game that Battlefront promised: a tense multiplayer shooter that captures the magic of Battlefield and the spectacle of the Star Wars universe all at once.

A particularly positive change, for me, was the way that power-ups and vehicles are now earned through good play rather than collected from a token on the battlefield. This is positive, because it means players no longer camp the tokens in an attempt to bring Darth Vader or an X-wing to the fight.

Better, the weapons actually feel purposeful here, with some diversity between the different laser guns that means there's actually a reason to favour different weapons. This is going to be a lot of fun, and there's nothing I'm more excited for this year than crashing a TIE fighter down into a hapless Wookiee.

Unity the straw that broke the cycle.