A Requiem for Dead Multiplayer Games 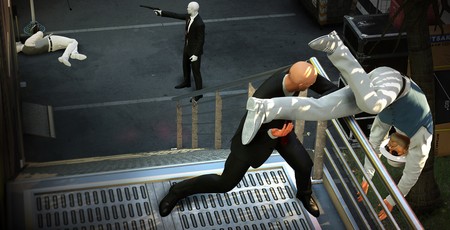 Back in August, IO Interactive announced that Hitman 2’s superb Ghost Mode would be deactivated and won’t be returning for Hitman 3. I’m disappointed by this, because Hitman 2’s Ghost Mode is one of the most unique and entertaining multiplayer games I’ve played for ages, a fantastic blend of tension, hilarity, and daft hijinks.

This sad news got me thinking about all the other fantastic multiplayer games that are no longer with us. While single-player games exist forever, multiplayer games are often transient objects. To exist, they require someone to set up and pay for external servers, which in turn necessitates an engaged and thriving community. When the community dwindles, and those servers no longer become financially viable, the result is usually the death of the game.

The way entire games can just disappear like this is a bizarre quirk of our medium. But just because they no longer exist, doesn’t mean they should be forgotten. In this article, I wanted to pour one out for some of my favourite defunct multiplayer games. Feel free to raise a toast to your own cherished virtual memories in the comments too. Hitman 2’s Ghost Mode was as unusual as it was brilliant. Designed for two players, it existed halfway between proper multiplayer and a simultaneous single-player experience, almost like you were in parallel universes that could overlap a bit. You both got to play as a version of Agent 47, and each “round” of a match saw you both assigned identical targets that spawned at the same random location on your chosen map. Your job was to kill your target before the other player killed theirs.

Sounds simple, right? Wrong. There were several caveats to this. Firstly, it wasn't enough to simply kill the target; you also had to “get away” with it, meaning you couldn’t just rush up to the target and publicly shoot them or stab them with a knife. You’d need to find a disguise, wait for an opportune moment, and ensure there were no witnesses to the kill, or at least no witnesses that saw you do it. Also, once you’d killed the target, the other player had one minute to successfully kill theirs. If they achieved this, the round was a draw; if they didn’t, the round went to you.

In some ways, this rule-set made better use of Hitman’s systems than the main game. The added pressure of that other player forced you to balance precision with improvisation. You needed to be more creative and willing to take a chance than in vanilla Hitman. It also generated some fabulously funny scenarios. As players desperately played catchup with one another, they made mistakes, which made it even harder for them to get the target, making them more desperate to do so in the process. In short, it turned Hitman’s slow, deliberate play into a Coen Brothers caper simulator, and it was superb. RIP. Tribes Ascend remains one of my absolute favourite multiplayer games. Essentially a reboot of Starsiege: Tribes, Ascend was a team-based, competitive FPS that elevated player manoeuvrability to a whole new level. Taking place on vast, undulating maps, Tribes’ core movement mechanics revolved around a jetpack. Not only did this let you fly and hover in the air, it also enabled the ability to “Ski” around the map, sliding down hills and gaining more and more momentum.

What resulted was one of the fastest FPS games ever made, with players dashing around the map at incredible speeds. Ascend combined this with weapons that required careful precision and timing to hit enemies accurately. Pulling off a mid-air kill with the Thumper grenade launcher while travelling in the opposite direction to my opponent remains one of my most cherished multiplayer memories.

Ascend lost support from publisher Hi-Rez way back in 2013, and a controversial 2015 patch that changed all classes served as the death-knell for the game. I sincerely hope Hi-Rez brings Tribes back one day. I’d even take a Tribes Battle Royale game. If nothing else, the speed and scale Tribes plays at would make it quite the experience. The Hidden is a mod rather than a full game, but it is nonetheless one of the best multiplayer experiences I’ve ever had. The Hidden pitches a team of highly trained, heavily armed Spec Ops agents known as the IRIS Intercept Squad against just one other player who assumed the role of Subject 617, who is armed with nothing but a knife. The twist is that player is almost entirely invisible.

What results is a supremely tense multiplayer shooter that strikes a deft balance between skill and luck. In theory, an IRIS squad that works together should manage easily against Subject 617. The problem is that Subject 617 won’t come anywhere near a well organised IRIS squad. In addition, a key mechanic in The Hidden is that the player who kills the invisible Subject 617 assumes the role for the next round, which is the role that everybody wants to play.

Consequently, the sense of camaraderie amongst team IRIS slowly erodes, as individual players break off to try to lure The Hidden out. This is exactly the situation The Hidden wants, and they will then begin to pick them off one by one. The Hidden is a superb evocation of a horror-movie scenario in game form. Technically, the mod is still available to download, but good luck finding someone else playing it. I’m not referring to the original UT here, which, incredibly, still has a small but dedicated community playing it. I’m talking about the "community-developed” reboot of Unreal Tournament that was being directed by Epic around the same time they were making Fortnite. Indeed, the unexpected success of Fortnite: Battle Royale was ultimately what led to UT’s downfall, as the designers in charge of that project were moved over to work on Epic’s giant cash cow.

Frankly, a community-developed game is always a shaky prospect, with successful examples like Black Mesa being rarer than dog eggs. But Unreal Tournament was shaping up nicely. Developed in Unreal 4, it had the right look and feel for a UT game, and the handful of maps that had been designed for it were all a delight to play in and explore. It all seemed to be going the right way, and then *Poof!* - Gone forever. I doubt now we’ll ever see another UT game, and that’s a real shame. Speaking of Unreal Tournament, Cliff Bleszinski’s hybrid of UT and Overwatch was a fantastic prospect that never really got the chance to show its stuff. Launching in the middle of the emerging Battle Royale craze, Lawbreakers struggled to attract an audience, dooming both the studio and the game to obscurity and ultimately shutdown.

In Lawbreakers’ case, I don’t think the failure is entirely due to external factors. Don’t get me wrong, the game was fantastic. It had that classic UT feel to it, all the different character weapons and abilities were satisfying to play with, and it had a unique anti-gravity mechanic that meant its gunplay could suddenly switch from the ground to the air. But the intricacies of these feature were poorly explained, both by the game itself and by its marketing. As a consequence, most people simply didn’t “get” Lawbreakers when it launched, which is never good for a multiplayer game. I’d like to say Lawbreakers was a flash in the pan, but it barely got a chance to so much as sizzle. 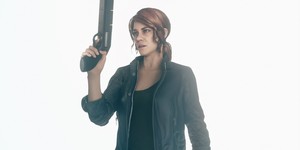 Rick counts down the gaming highlights of the year. 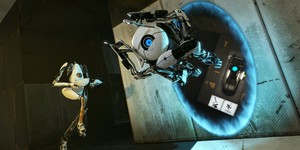 Rick runs down the best games designed for playing with pals.