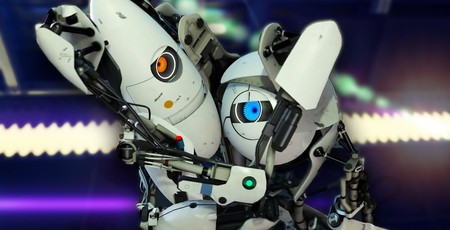 Games to play with friends (remotely)

Online games offer plenty of ways to get together virtually during the lockdown. Maybe you want to just catch up with a pal, or get a big group gaming session on. In fact, there are so many options that figuring out which games to play to suit your social group can be a bit of a headache, so I’ve compiled this list of online multiplayer games to suit whatever group of people you’re playing with. Far Cry 4 and 5 are both excellent two-player co-op shooters. Playing with a friend adds a lot of flexibility to how you can infiltrate both game’s many base camps, letting you plan strategies and kit yourselves out with different sets of equipment. Or you can just both ride in on the back of an elephant and blow up everything with a rocket launcher. Whatever floats your boat. Works with 2 players. Hitman 2’s Ghost Mode is a fantastically unique multiplayer experience. It sees players competing to be the first to assassinate a randomly assigned target on one of Hitman 2’s massive maps. You need to be quick and efficient to get ahead of the other player, but you also need to maintain your cover, as if you’re identified by guards as the assassin, then your assassination won’t count. The other player can also try to hinder your assassination attempt with a limited selection of gadgets. It’s a superb twist on the Hitman formula, forcing you to take risks that you never would in singleplayer, often with hilarious results. Supports 2 players. Probably the best Battle Royale of them all, Apex blends the scavenging and survivalist elements of PUBG with the character-driven gunplay of a game like Overwatch, all based on the lickety-split combat engine of Titanfall. Its ping system lets you efficiently communicate with other players at the click of a button, while the whole game is designed with an upbeat, positive-reinforcement tone that encourages helpful teamplay. Also, Triple-Take rules Mozambique drools. Supports 2 or 3 players in a team. Free to play. 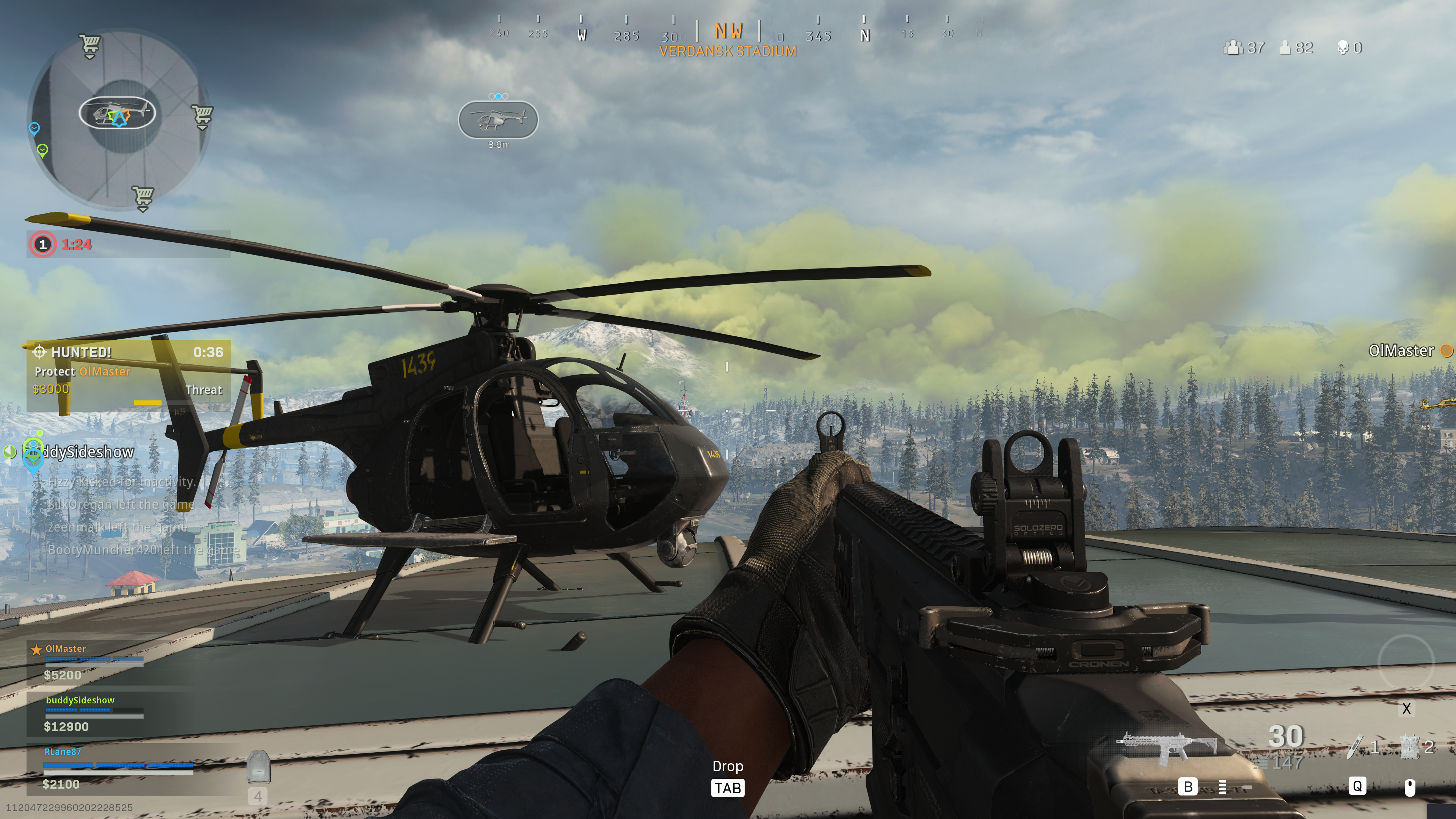 Warzone’s Battle Royale is a more drab affair than Apex, but it does have some advantages. It offers a more intense and aggressive Battle Royale than Apex Legends, with a larger map and a larger player-count, but it also has a better ebb and flow. Death is not necessarily final in Warzone, with you getting the opportunity to respawn by fighting a 1v1 deathmatch in the Gulag. Even if you lose, your team can potentially buy you back with cash picked up during their survivalist scavenging. Oh, and it lets you zip around the map in vehicles and helicopters, which can make for some pretty spectacular battles. Supports 1, 3 or 4 players in a team. Free to play. If you fancy a bit of FPS but don’t want to fight other players, then Destiny 2 should probably be your first port-of-call. It’s free, it’s vast, it’s stunning to look at, and it’s all been meticulously designed with cooperative multiplayer in mind. Works with 1-4 players. Free to play. It’s eleven years old now, but Left4Dead 2 is still the best cooperative shooter ever made. If you’ve not played it for a while, I guarantee you’ll have a blast in returning to it. It also includes all the content from Left4Dead, plus several expansion maps, plus mod support that adds countless new weapons, campaigns etc. Supports 1-4 players but works best with 4. Sailing one of Sea of Thieves’ pirate ships across its glittering blue ocean is a fantastic cooperative experience, so it’s a shame that at launch there wasn’t an awful lot to do in the game. That’s changed a lot over the last couple of years, with the introduction of several new narrative campaigns, new areas, new enemies with the megalodon shark, new gameplay mechanics like harpoon rowboats. Supports 1-4 players but works best with 4. Minecraft could probably go in any of the categories I’ve outlined, but I’ve put it here for a specific reason – it offers cooperative multiplayer support for up to thirty players on a single server. This makes it a great option if you’ve got a larger group of friends who all want to play the same game together. You can even hire your own personal Minecraft server if your group is dedicated enough. Why not build a testament to your friendship? Or blow up your friend’s house when they’re not looking. Another game for when the threes and fours of Apex or Destiny simply won’t cut it. Planetside 2’s Outfits can allow any number of players from 1 to 100. It’s also a fantastic multiplayer FPS that everyone should experience at least once. The scale of its gigantic, player-driven battles is like nothing else in the hobby. What’s more, its developers have recently released the “Escalation” update that adds a whole bunch of new features, including massive Fleet Carrier Ships and player-triggered Orbital Strikes. This has seen the biggest surge in the game’s popularity for years. Get it while it’s hot.

Games to play with partners, flatmates, or family.

While many of us will be mostly connecting with people remotely over the coming months, others will be stuck inside with partners or flatmates or family. You might be fortunate enough to have multiple devices in the house, but it’s also possible there’s only one gaming machine between you. Fortunately, there are some great local co-op games out there, as well as some singleplayer games that work well when played with a friend. The Divinity Games are both excellent fantasy RPGs, but they’re also unique in that they’re designed specifically to be played by more than one person at one time. Each player can assume the role of a specific character, then go about the world more or less as they like. You can work together, do your own thing, or even actively try to sabotage the other player’s quest (perhaps unwise when stuck inside due to a Pandemic). Your character gets their own dialogue choices, and turns in combat. The second game in particular is enormous, and rich with character, humour and opportunities for dynamic play. Portal 2 randomly received split-screen co-op support late last year. So if you missed out on its fantastic co-op campaign when it originally launched, now might be an opportune time to revisit it. It isn’t very long, but Portal 2 also has an absolutely massive Steam Workshop community, who have developers literally thousands of co-op maps that are free to download. The Witness is a singleplayer puzzle game, but it’s a-maze-ing (geddit) array of mind-bending puzzles make it an ideal experience for two or more people to figure out while huddled up on a couch together. It’s also a generally pleasant, laid-back experience, which is welcome in these stressful times. Her Story is a detective game delivered by the medium of a police-archive search engine. It involves watching video-clips of a woman being interviewed about a case, which you then use the information inside to search for further videos. Again, it’s a singleplayer game, but it’s one multiple people can gather round the TV and provide input on solving the mystery.

Also consider: Rocket League, Return of the Obra Dinn, Gang Beasts, Nidhogg, Human Fall Flat, Helldivers, the Trine series. Overcooked is also a great co-op game, but be warned, it is notorious for causing arguments, so treat with caution.

Games to play with small children.

Being stuck indoors with small children can be particularly demanding, as their attention spans are short and their energy levels high. If you’re desperate for half-an-hour’s relative peace, here are a few games you can play that they might enjoy watching. Peggle is the first game I ever played with my daughter. I’m sure most of you are familiar with it, but just in case, it’s a pinball-like puzzle game where you need to clear a screen of orange pegs by firing a ball at them. Each character gets unique powers that manipulate the ball or environment in different ways. It’s all played with a single-button and offers enough of a challenge to keep your brain engaged, while kids will love the bright colours and chirpy soundscape. Snake Pass is a cheerful and charming physics-puzzler where you control a cute little snake called noodle, and manipulate his wiggly body to solve puzzles. It has the look of a Crash Bandicoot or a Spyro, but the control system is completely unique. It’s also completely non-violent, so ideal for little ones. Grow Home is genuinely one of the best games I've ever played, a phenomenally charming sci-fi adventure about a little robot who explores a planet dominated by a giant plant, from which he needs to retrieve a special seed by growing the plant into the planet's stratosphere. It has an interesting procedural climbing mechanic, gorgeous voxel-based environments, and a delightfully upbeat sensibility. It's a special thing.

I’ve tried to pick games that are almost entirely devoid of violence, but if you’re ok with cartoon violence, then also consider the LEGO Games (Star Wars, Batman etc), Sonic Mania, and the Spyro Remastered Trilogy. My kid also absolutely loved Slime Rancher, a game about building a farm for cute Slimes.