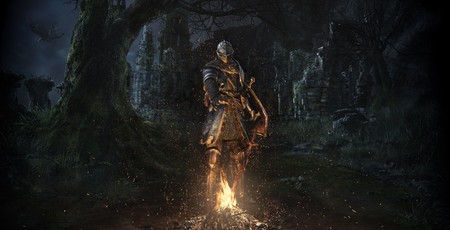 Has there been a more influential game over the last ten years than From Software's masterpiece? Minecraft and Fortnite have bigger footprints, I suppose, and one could perhaps make a case for Skyrim's effect on the proliferation of open world games. But in terms of how both designers and critics think about game design, I don't think any other game has caused such a cascade effect on the idea of what the artform can be.

I'm not going to discuss that here. I don't think I can tell you anything new about Dark Souls, not that hasn't been said better by other people. If you just want to read great words exploring a great game, then go and read Rich Stanton's article on becoming the Dark Soul, or Andreas Inderwaldi's essay on Dark Souls' doomed heroes. Heck, go pick up You Died, the last word on everything Dark Souls. If there's one thing the world isn't short of, it's fantastic critical analysis on From Software's games.

Instead, I want to talk about Dark Souls' legacy, the cultural footprint it has left in the decade since its release. It's enormous, far-reaching and, I believe, not entirely what From Software would have wanted. 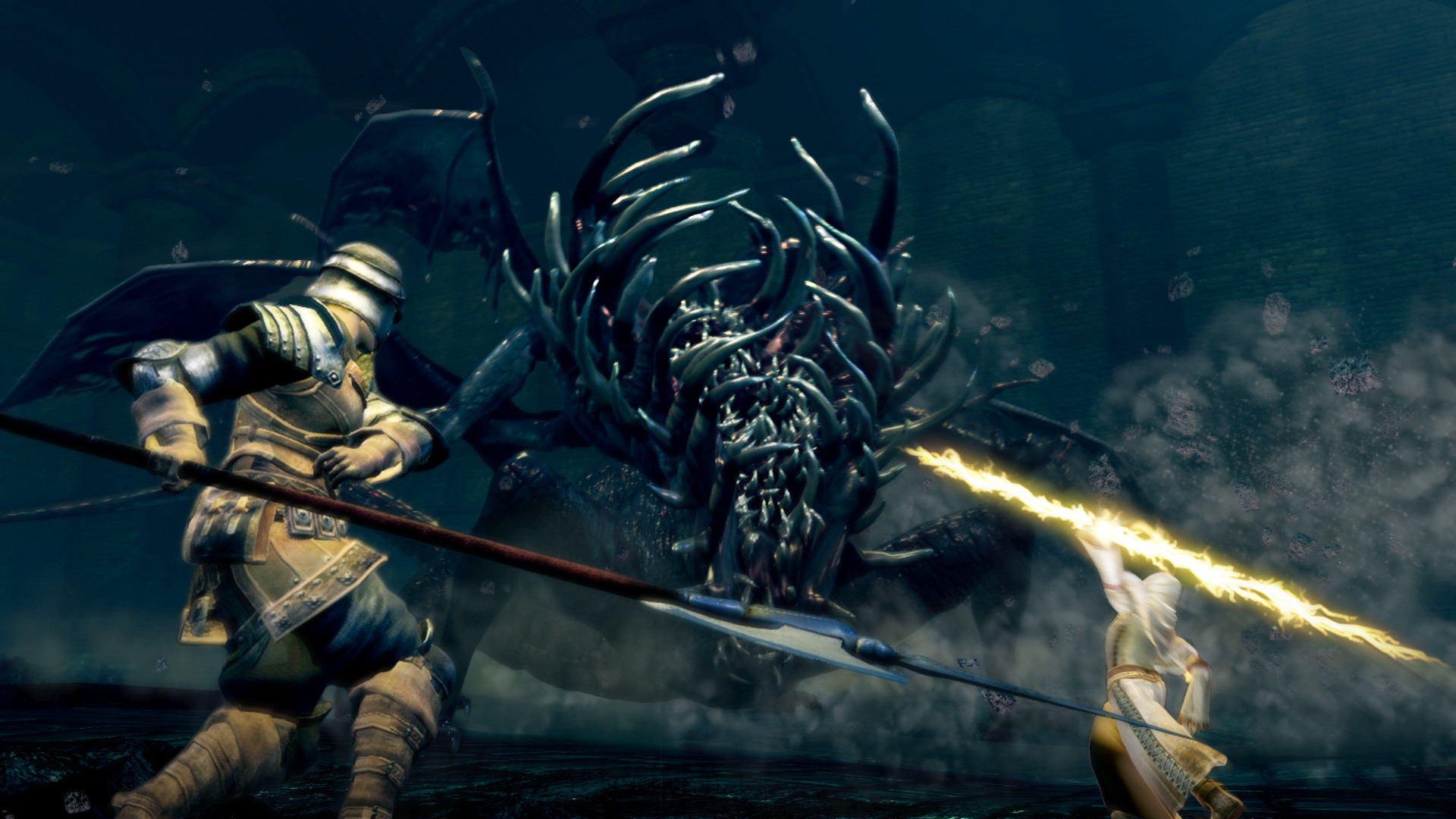 A large portion of Dark Souls' legacy can be summed up in three words "brutal, punishing combat". I can already hear the collective intake of breath from Souls fans as they prepare to cry "That's not what Dark Souls is about!" And they're right. But that's the phrase the industry appears to have latched onto. Go to Steam and look all the RPGs, platformers, roguelikes etc that all come bundled with brutal, punishing combat, or some variation of those words. You'll find hundreds. Meanwhile, almost every 'Soulslike', whether it's the Surge or Mortal Shell or Nioh, identifies that element of Dark Souls' design as its primary focus.

I don't want to debate the merits or detractions of difficulty here, that's another article written countless times already. But for "brutal, punishing combat" to be your main takeaway from Dark Souls is to fundamentally misunderstand what that game is about.

Dark Souls is a challenging game, but most of its challenge doesn't stem from combat. It isn't a game about being the best swordsman, it's a game about working things out. It's a test of knowledge far more than it is a test of skill. Knowing where to go, knowing where to find key items, knowing how to effectively upgrade your weapons and character, knowing the rhythms and strategies to effectively defeat bosses. Its level of challenge scales enormously based on how much you're willing to learn. 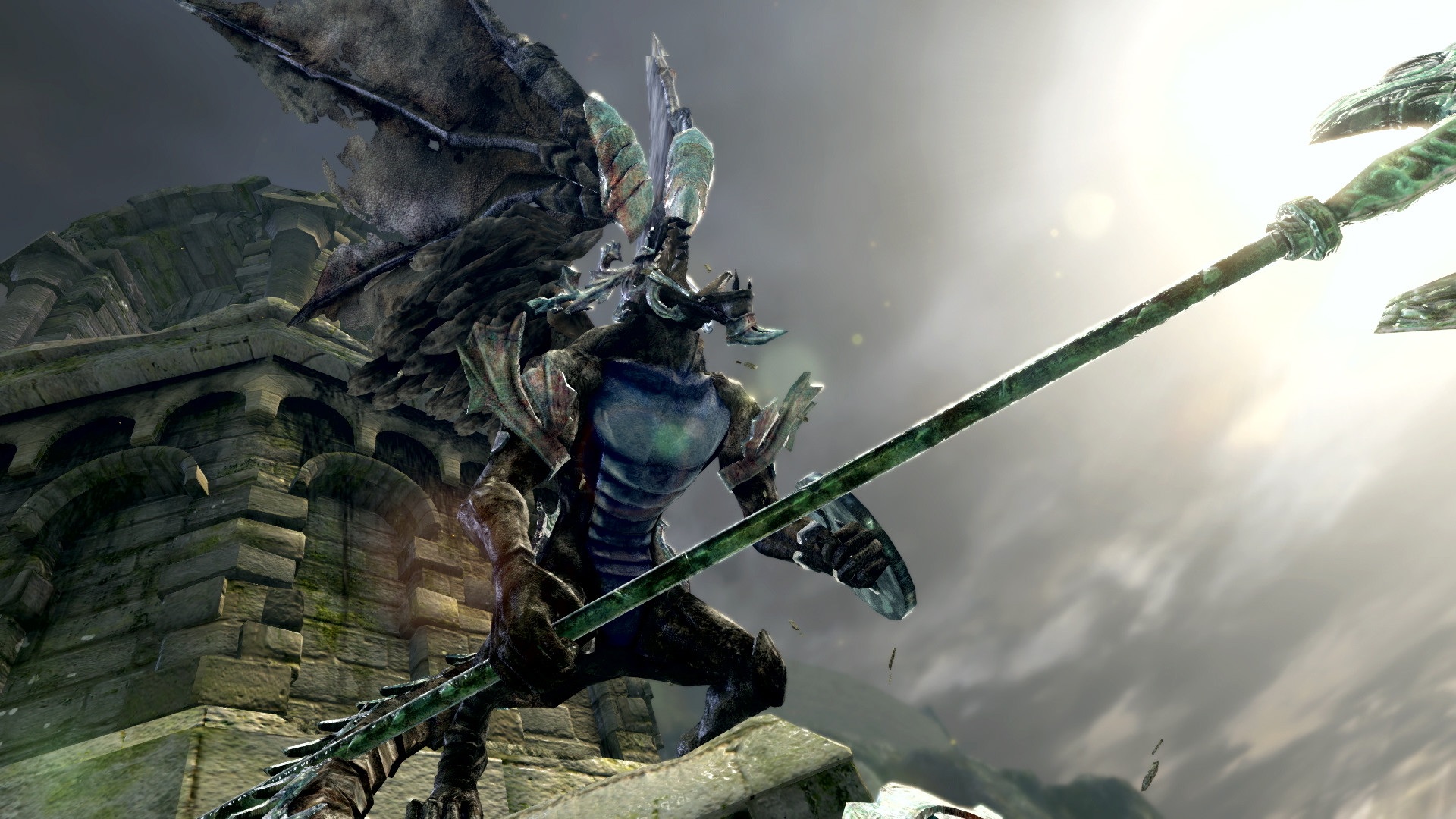 This emphasis on learning and discovery runs through every facet of the design. The fragmented, mysterious lore is an obvious element of this. But the world of Lordran itself is one big puzzle that you slowly unpick, discovering shortcuts, unlocking new locations, acquiring items that let you traverse new areas. Even the combat system is something that you unravel over time. Indeed, a Dark Souls player who knows their onions can circumvent direct fighting entirely, blasting bosses and enemies from afar with pyromancy or ranged weapons.

Dark Souls isn't a game about getting good, it's a game about getting smart, and it's a shame that the industry has focussed overwhelmingly on the former. I don't think From Software itself has helped either, with Dark Souls' offspring increasingly emphasising reactive and challenging combat. Don't get me wrong, I like Bloodborne and Sekiro, but both place far heavier emphasis on player skill, rather than simply comprehending the rules.

There are games that have learned different lessons from Dark Souls, however. In many ways, Dark Souls' true children are not the self-professed "Soulslikes" which vainly try to replicate From Software's formula, but the games of the budding time-loop genre. Titles like Outer Wilds, The Forgotten City, and even Deathloop all share Dark Souls' affinity with repetition and using repetition as a foundation for gathering knowledge. Like Dark Souls, these games embrace death and renewal, using mortality and inevitability to encourage experimentation. They are about grappling head-on with the mysteries of doomed worlds, looking at failure not as an ending, but a chance to learn something new. 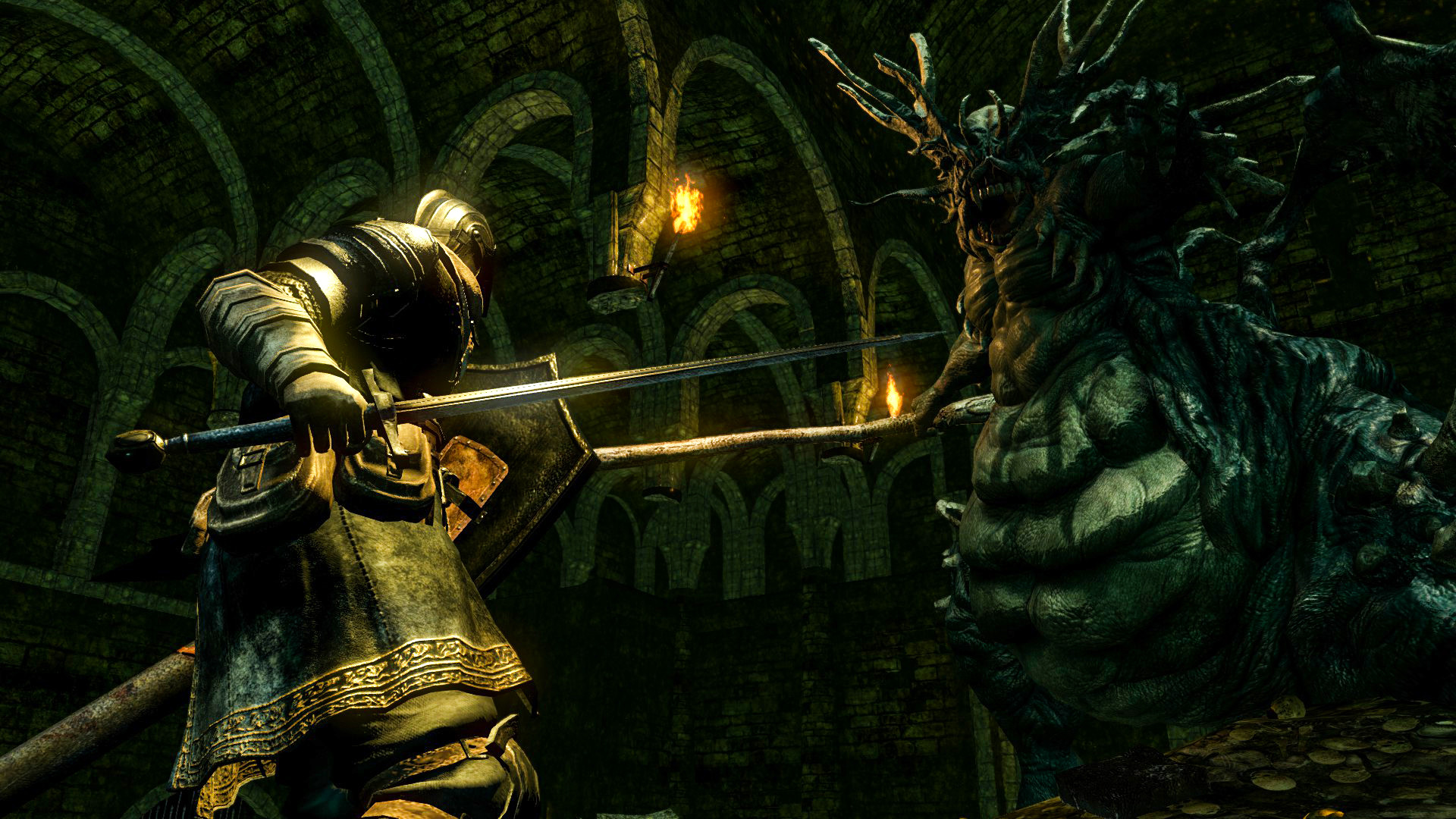 Which in some ways is a shame, as this aspect of Dark Souls' multiplayer is arguably the more significant. Again, it all comes down to knowledge. Lordran may be a harsh and cryptic place, but Souls' multiplayer provides the tools to decipher it. It's in orange messages written on cobblestone, it's in the bloodstains of other players that provide a dark hint of what may lie ahead. It's in the white spirits that fleetingly seep through the game's reality, reminding you that while the Chosen Undead's journey is a solo one, it's one in which you are never completely alone. Dark Souls was a mystery that everybody solved together, and those solutions have been folded into the world and story itself, scrawled all across the geometry of Lordran, alongside jokes and tricks and cries for help and messages of support.

And let's not forget, that challenge which has become so coveted since Dark Souls' release could be almost entirely mitigated by pulling in players from other worlds, relying on their skills and understanding to help power you through trickier sections, sharing potential solutions and combat styles. Yes, beating Dark Souls' bosses on your own is wonderfully gratifying, but bringing together people to help you bypass an obstacle you cannot move yourself has its own satisfaction, and is probably a more positive message too. 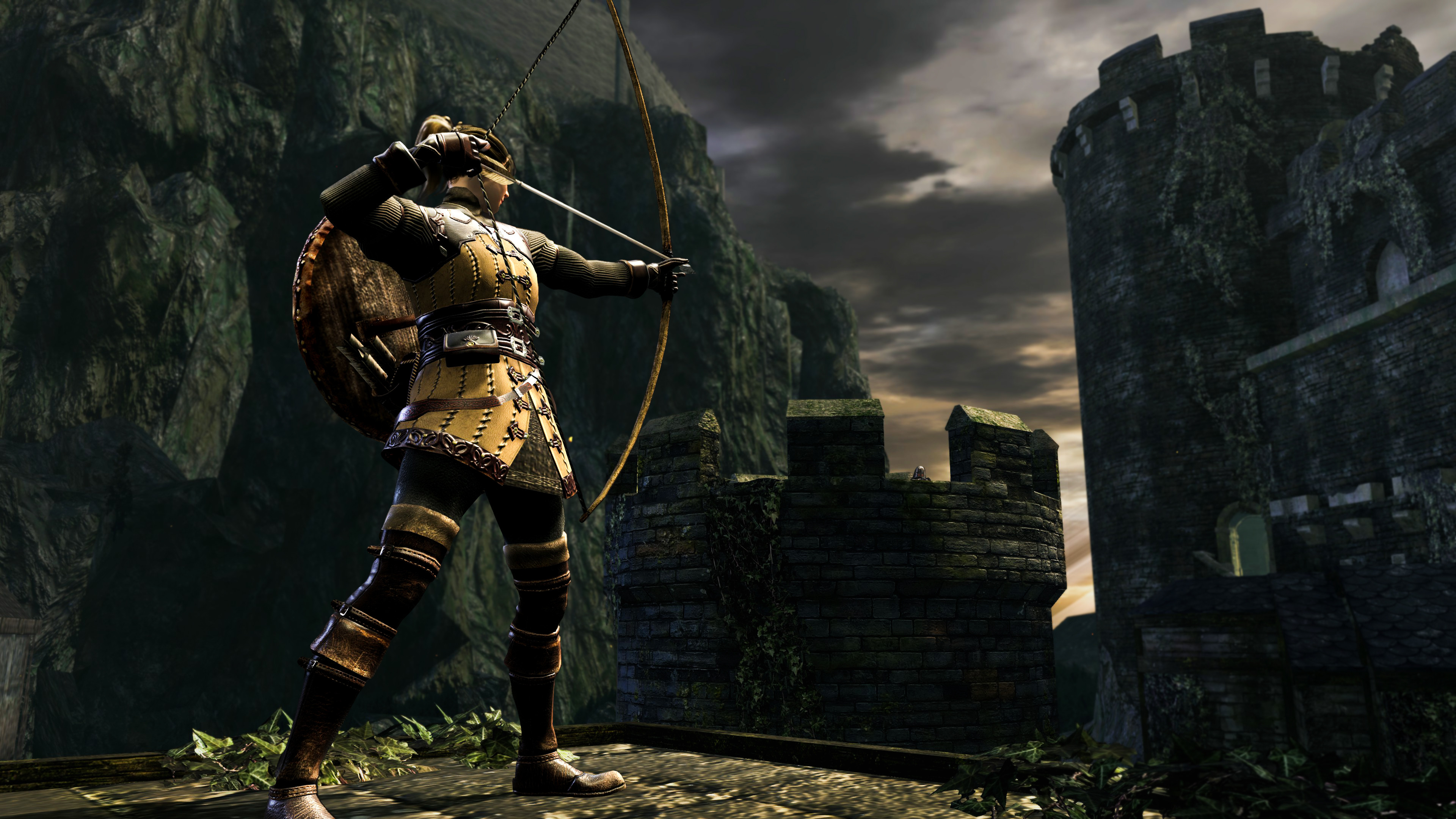 I hope these elements are more prominent in Dark Souls' legacy going forward. I'm weary of games that use Dark Souls as an excuse to make players suffer, to exclude the less skilled and less able from enjoying their experience. It's too easily forgotten that Dark Souls is one of the only games where asking for help from the community is a core part of the experience, where you can lend your own hand to struggling players in jolly co-operation. I hope we see more of this going forward, less 'git gud' and more 'git help'.