The gaming predictions of 2020 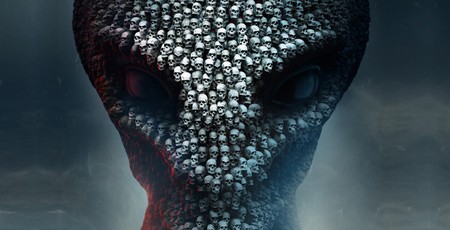 We’ve already run-down our most anticipated games for the coming year, including the likes of Cyberpunk 2077, Half-Life: Alyx, Bloodlines 2 and Crusader Kings 3. But this doesn’t include all the games preparing for launch that we don’t yet know about. With the release of the next generation of games consoles set to launch around Christmas, there’s bound to be a substantial number of big-name titles readying for launch that are currently shrouded in secrecy.

But what are these games likely to be? Well, with the aid of my razor-sharp industry insights, and my trusty crystal ball (Google), I’m going to try to predict 2020’s biggest surprise launches, and what those games might be like. It’s been almost exactly four years since the launch of XCOM 2. That’s roughly the same amount of time Firaxis took between developing XCOM and the sequel, which means another game must be well in the pipeline by now. Jake Solomon’s Twitter bio currently “Creator of XCOM, XCOM 2 and …” which strongly implies he’s working on something, and given the success of  the previous two XCOM games, I would be very surprised if it wasn’t a third entry in the series.

Of course, it’s easy enough to wildly proclaim “X will come out this year!” It’s harder to fathom what form the game will take. But by looking at the evolution of the first two games, I think we can form an educated guess. The first XCOM was about aliens invading Earth, while XCOM 2 was about liberating Earth from extra-terrestrial occupation. Hence, I reckon XCOM 3 will see players taking the fight directly to the alien homeworld.

I can imagine some compelling mechanics based around this. Having to dispatch teams of XCOM operates across the inky void in specialised spaceships, would be an interesting logistical challenge, as would having to establish a foothold on the alien homeworld. Perhaps the game could even see a shifting frontline between the alien planet and Earth, with the aliens able to try and undermine your defences with earthbound incursions. A new Knights of the Old Republic

BioWare hasn’t exactly the best run of luck in recent years. Mass Effect: Andromeda was a somewhat confused attempt at rebooting the series, and Anthem was simply abysmal, a tedious and half-baked mess of a game. But I’m still excited to see what they’ve got planned for the coming years, and since it’s been three years since Andromeda launched, I wouldn’t be surprised if we got a new game to coincide with the launch of the new consoles.

But what game would it be? Well, rumours circulate that a possible remake of Knights of the Old Republic could be on the cards, although whether that will be developed by BioWare itself is yet to be seen. Given that the original Kotor is a somewhat clunky experience these days, I can see how it might benefit from a visual and systemic overhaul. Personally, I'm going to be a little more ambitious on BioWare's behalf, and predict what they'll actually announce is Knights of the Old Republic 3. A new Frictional game (that isn’t a strict horror game)

I’m not really predicting the first part of this one, as Frictional Games has already started releasing teasers for its latest project. A full announcement is likely to arrive soon (I’d guess February) and I’d expect the launch to be later this year.

But what kind of game will it be? History strongly suggests that it’ll be a horror game, and the teaser videos Frictional has released do seem to lean in that direction. However, I’d be surprised if it’s another out-and-out scare fest. Back in 2015, I interviewed Thomas Grip prior to SOMA’s release, and even then he was ambivalent about the prospect of making another horror game. It’s also worth remembering that SOMA itself wasn’t a typical horror, choosing to minimise outright scares in favour of a more cerebral and metaphysical horror experience.

All we can see in the two released teaser videos is some grainy footage of rocks with a glowing footprint on it, and a big loud scary noise. From this, I’m going to make two predictions. 1) It’ll be an open-world game and 2) It’ll be something involving aliens. Pretty straightforward this one. IO Interactive released Hitman and Hitman 2 in 2016 and 2018 respectively. They’ve created a fantastic platform for building dynamic murder-boxes, and their Glacier engine remains one of the sharpest bits of tech in the business. Also, they’ve been freed from their contractual obligations with Square Enix and no doubt will be keen to capitalise on their newfound independence. All that considered, I’d reckon it’s likely we’ll have Hitman 3 sneaking up on us toward the end of the year.

But where will 47 be travelling this time? Let’s pull some countries out of a hat. I reckon Britain will be one, with a mission set either in London or perhaps some remote manor house in Scotland. I think Russia is is another strong contender, and perhaps China too. Then probably somewhere like South America or Central Africa, because Hitman loves a good rainforest level. And as a final guess, somewhere in central Europe, Spain perhaps. I figured I’d put these two together since they’re related. 2020 is highly likely to see the launch of a new Batman title. Warner Brothers Montreal (the creators of Arkham: Origins) have been drip-feeding Batman-related teasers online for some time now. Origins is always slated as the weakest of the Batman games, but now most of the bugs have been squashed, it’s actually a pretty playable slice of Batman action, and I’m interested to see how WB Games can improve upon their previous work.

If Warner Brothers Montreal are busy with the Bat, that means Rocksteady has spent the past five years working away on something else. The question is what? Rumours that have circulated range from a Teenage Mutant Ninja Turtles game to a Superman game. Personally, I don’t think it’ll be anything like that. I reckon it’ll be something unique, designed to showcase the power of the new consoles. Bethesda’s Starfield gets a holiday launch

Bethesda announced Starfield alongside the Elder Scrolls 6 back in 2018, but all we got was a very basic teaser trailer for both games. Bethesda said at the time the launch was “Years away” for both titles. They also said that Starfield would be coming first, with the Elder Scrolls VI being a secondary priority until after Starfield's launch. Well, come Christmas, it’ll have been two and a half years since that announcement, and I honestly can’t think of a more fitting game to accompany a new console launch than a brand-new Bethesda Softworks IP.

But what kind of game will Starfield be? Well, Todd Howard has already stated that it’ll have that fundamental Bethesda framework, but it will also add a lot of new systems. Given it’ll be a next-gen launch, I’d also expect it to be built in a brand-new engine. I have a gut feeling the game will look something like Star Citizen, featuring a mixture of Bethesda-style RPG-ing on different planets, with space-sim like combat in between. Also, it’ll actually be finished. Star Citizen gets a 1.0 release