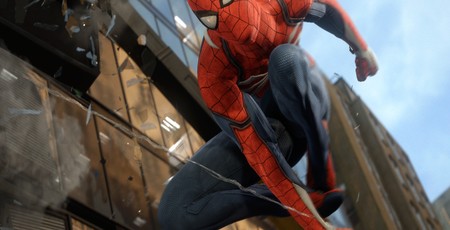 2018 is here! As the years advance with mechanical precision, the new year is an annual reminder that eventually all of us will be dust. But, for now, there are video games to play!

To aid you in which of 2018's big releases you should be devoting your time to — especially considering that relentless march towards being dust we've all got going on — we've put together a list of what's what for the year ahead. The eighth God of War game is switching up the mythology for a soft reboot, dropping the Greek gods in favour of Norse mythology - and also raising a kid.

Expect to see Kratos getting his rage on while also trying to be a good father in a third-person punch-up that sees at least half of the Norse mythology cast getting stabbed in whatever approximation of a groin they have. That's just what our lad Kratos is like.

In terms of new mechanics, your son will reportedly function as a combat aid, with a context-sensitive 'Son' button letting you utilise your child in different ways during gameplay. The director from the great game God of War 2 has returned, so there's plenty to be excited about. Expect parkour, environmental combat and stealth, in addition to segments where you play as Peter Parker and even Mary Jane Watson. Fantastically, we'll also see the Kingpin knocked out of the way early in favour of Mr Negative, who should be someone different for you to batter. Fighting games came back to the mainstream in a big way in 2017, with Injustice 2, Tekken 7, and several content drops for Street Fighter V spoiling fighters.

Soulcalibur VI is a 3D weapon fighter that we don't know all that much about right now, but you can expect your annoying mate to pick Killik with his annoying curtain pole of death and batter a guy with it.

Hardly any of the roster has yet been revealed, though, so we'll see some new characters and probably a few surprises as fan favourites don't make the cut. After two games in a gloomy Russian subway network, players are finally getting to throw off the shackles of Russia for a traipse across the radioactive ruins of a Europe ravaged by nuclear fire.

The scenery may be different, but the ultra-brutal combat and scavenging in bins for gear will return, and for those looking for a hardcore shooter for 2018, Exodus is likely to provide both an unforgiving experience and an arsenal of tasty Russian firearms. It's been a while since Far Cry 4 and the prehistoric Far Cry Primal, and those of you itching for Ubisoft's particular brand of collect-'em-ups will find plenty of comfort here.

As usual, you'll be dipping into a hostile environment to take down a violent regime, but this time the regime is a bunch of white nationalists in the American heartland who have formed a cult of violent religious fundamentalists.

You're the sheriff's deputy that's been sent into the whirlwind to try and arrest the leader, and you can expect several hours of shooting, looting, and a few massive explosions too. You can bring in a pal for some cooperative action, too, should you prefer your high-risk warrants served via the power of friendship. Rare's piratical multiplayer game is finally coming, and it's one of the exciting new releases on the horizon for Microsoft's Xbox range.

It's a hard game to quantify, as it doesn't fit into a normal genre. The game is a freeform pirate simulation with a thick layer of Rare silliness. You can drink grog, shoot enemy pirate boats, or just kind of explore the place. This is one that's going to be great with friends, making your own fun on the high seas and seeing how things pan out. Bioware and EA's answer to Destiny is a real looker.

The game is a mega-budget, shared-world, sci-fi shooter, which on the surface sounds a lot like Destiny but will probably play to Bioware's particular strengths, so expect a more involved storyline and a lot of the developer's classic tropes.

Yes, you'll probably be able to screw some aliens. Or someone. It's Bioware, after all.

No one's played or seen much of it yet, but the premise has you as one of the rare mercenaries, known as freelancers, going out into the wild to plaster monsters across the landscape for the good of humanity. Rarely is there a game that feels like it's offering something completely unique. EA's most surprising E3 2017 reveal was a prison escape game that's played entirely in split-screen co-op.

There's no AI, and there's no single-player. Whether you're playing it online or on the same couch, the game is entirely played in split screen. This gives the developers more options for presentation, so expect a few cool touches in that department.

The game shares DNA with action games like Uncharted, and breaking out of prison should evoke all of your favourite memories from Escape Plan, Over the Top, Lock Up, or Demolition Man - all Sylvester Stallone prison movies, because it turns out Sly escapes from prisons a whole lot. Rockstar's newest game also happens to be the sequel to one of its best ever games. There will be, I feel fairly comfortable saying, no finer way to play Cowboys in 2018.

Red Dead Redemption 2 is a prequel, so instead of the 'death of the west' storyline that ran through its predecessor, we'll be out there in the frontier riding horses and blasting six-shooters.

Expect a massive online experience, too, as Rockstar tries to follow up on the huge success of Grand Theft Auto Online.

So, there you have it. Which games of 2018 are you most excited for? 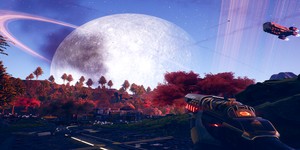 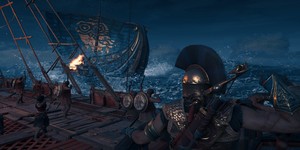 We count down our favourite games from the last 12 months. 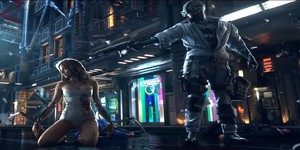