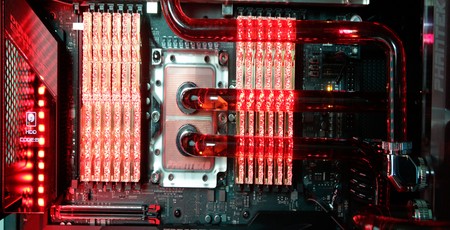 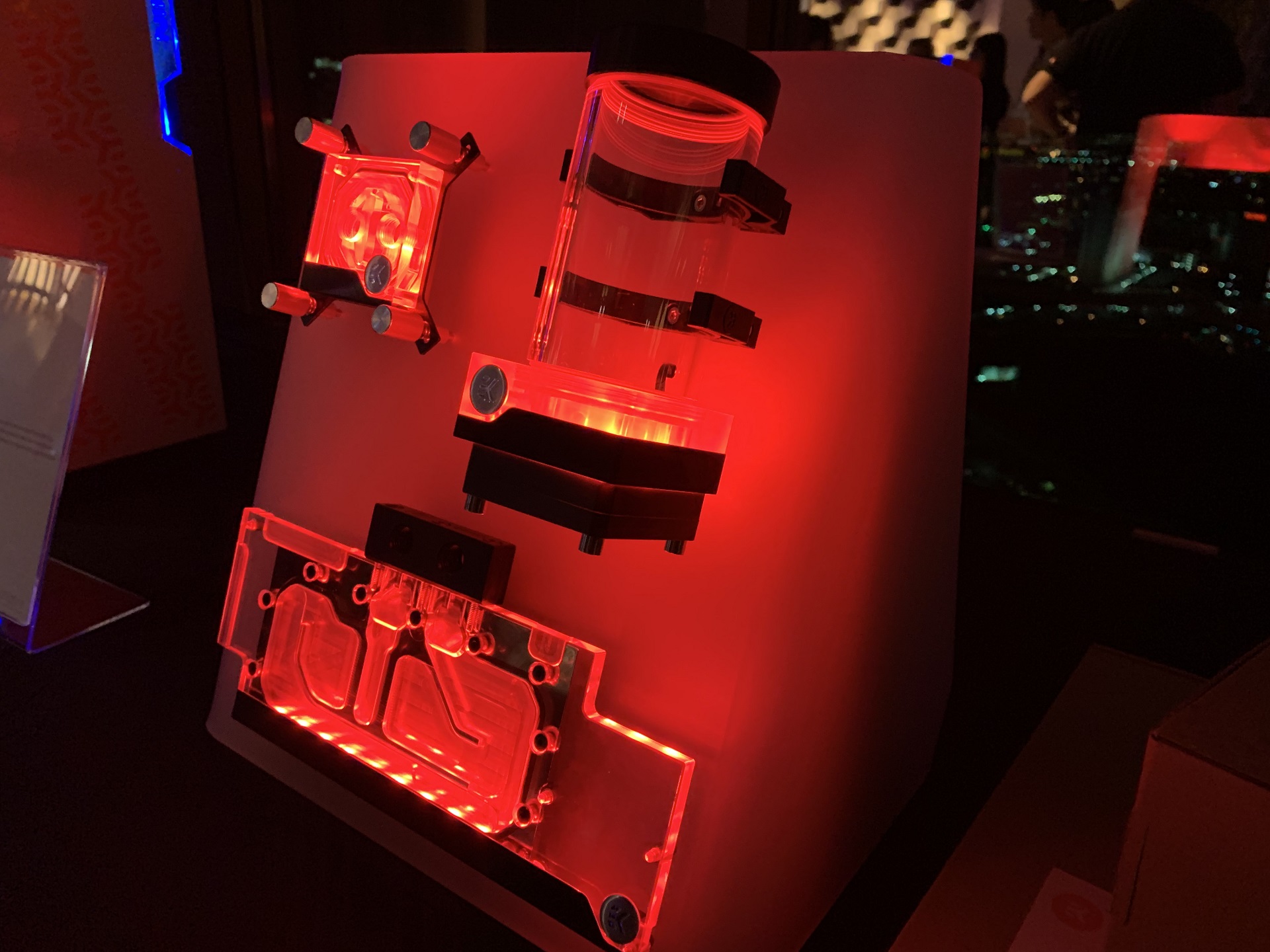 Starting with the new Classic Product Line, this new range of items uses a minimalistic, no-fuss design, which EK Water Blocks told us will enable it to offer best-in-class value, although there's still some fuss involved seeing as they offer RGB lighting... 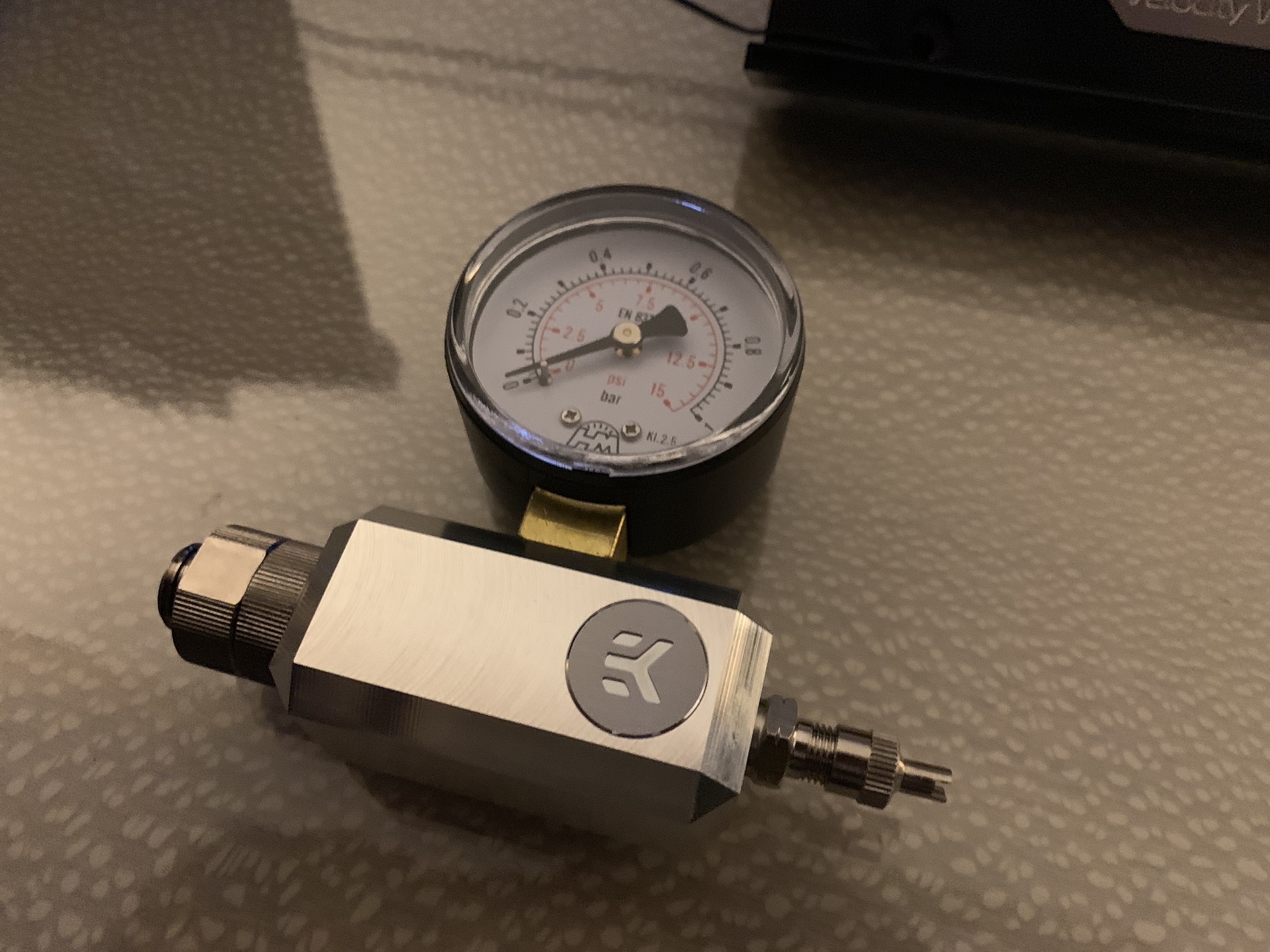 If you're familiar with the Dr Drop pressure tester then you'll probably know that while it's a very handy bit of kit for leak testing, the units don't tend to last particularly long. EK now has its own version, though, and it's gone all out with a solid metal design that should be more durable while looking fantastic. Take our money please, EK. 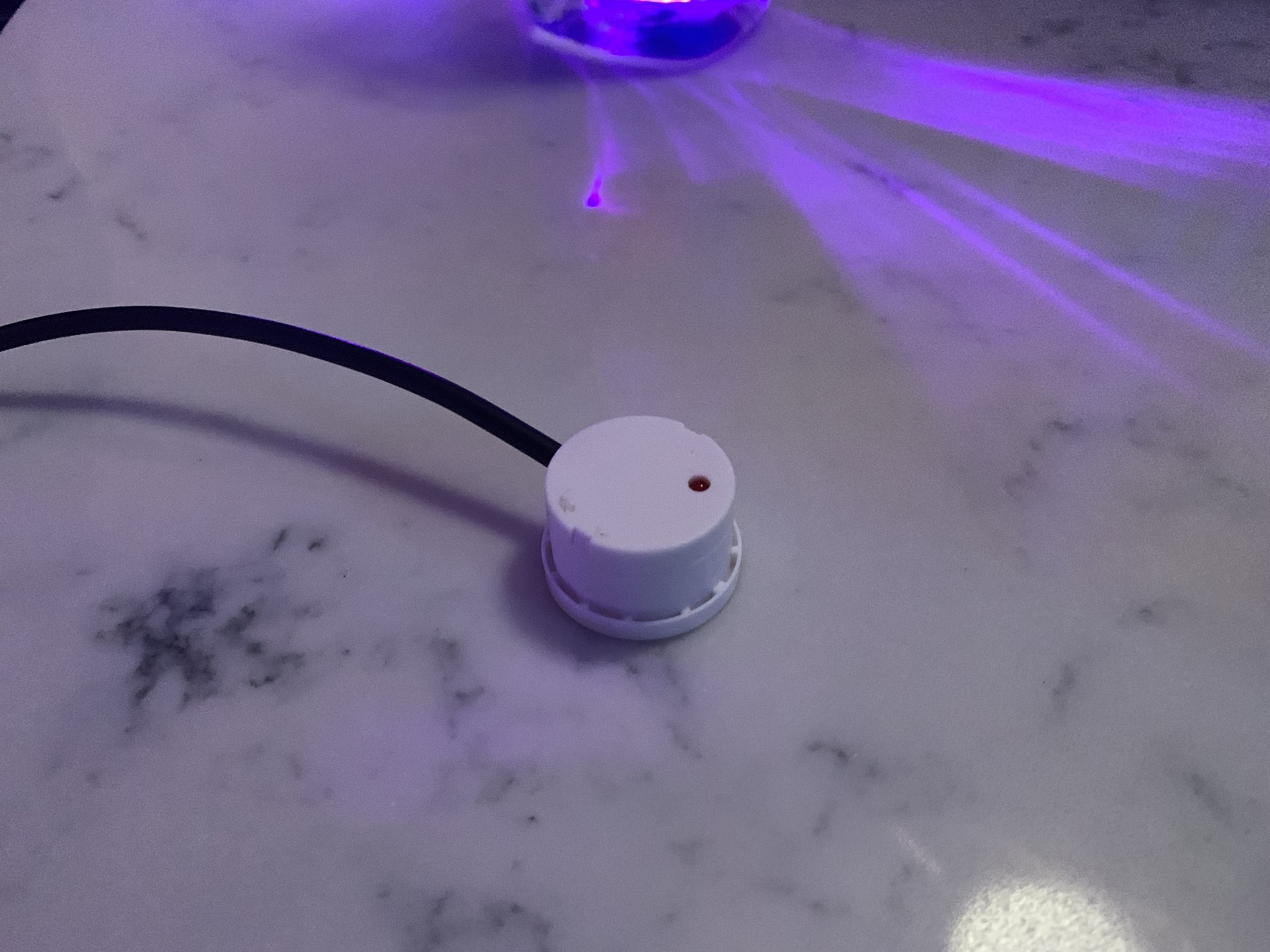 The company has also created an external coolant level monitor, which can be attached to the outside of a reservoir and warns the user of low coolant levels - something that's rarely covered but can potentially lead to pump damage and excess noise. 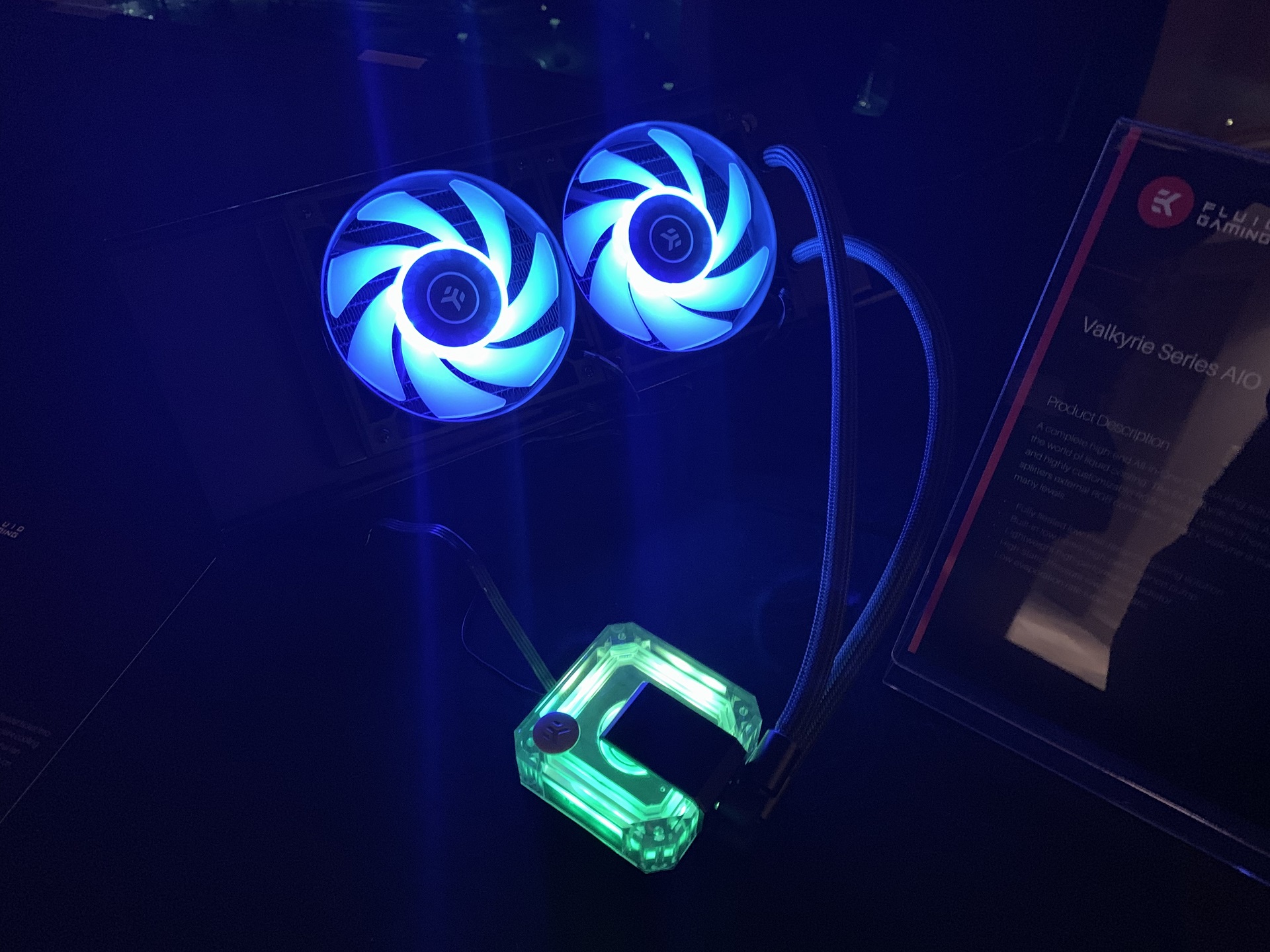 Its modular quick-release liquid-coolers have had a mixed reception, and while the current Phoenix range is pretty good and even offers a dedicated module for Threadripper, it's still quite expensive. This time, though, a new Valkyrie sealed cooler we spotted is a more traditional all-in-one liquid cooler, but it's still custom-made and doesn't come from the likes of Asetek. 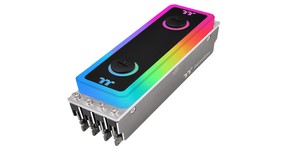