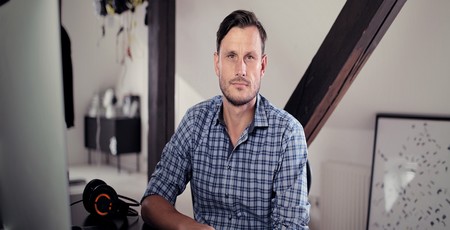 After concluding our chat about SteelSeries and the headsets, we also took the opportunity to quiz Jacob on some other topics, the highlights are which are presented here:

Reflecting on the future of esports in the next five, 10, or 20 years, Jacob truly believe that we’ll see something like an esports Olympics emerge due to how many games and thus how many abilities and skills are involved now. However, he also contends that ‘first you will see consolidation in the market’, because ‘it’s still quite unorganised platform-wise [and] you see so many different apps, companies, and so forth.’ Jacob also predicted some ‘converging between some of the platforms’ like Xbox and PC.

Naturally, we couldn’t resist pressing Jacob on this topic. ‘So I think first of all you need to decide whether you're going one direction or another,’ he jokes. ‘The other thing is I definitely think it’s a shame. We were so close to each other, and now you’re going away! I mean it’s difficult to see what exactly the reasons are, but I think it’s more about politics than really making a lot of sense – so I guess that’s my short opinion.’ More relevant to SteelSeries, of course, is whether Brexit is likely to impact its business. ‘Obviously if there are trade barriers and stuff like, then it will have an impact, right? But I think at the end of the day everyone has the same interest i.e. that you can trade with each other, interact, and transfer money in a very easy way – you wanna keep all that simple. It wouldn’t surprise me if it ends up a little like Norway, which is not a part of the EU but is very easy to interact with. I definitely hope the UK becomes the same from that perspective.’

The Next Big Thing

We’ve had Omron switches in mice and mechanical keyboard switches for years now, and RGB has infested everything it’s touched, but what might be the next big thing in peripherals? ‘It’s definitely interesting all the time to see how VR is involved,’ answers Jacob, especially when it comes to the first steps of using it in esports and pro gaming. ‘In our lab, we are definitely spending a lot of money on it while not really earning any money at all on it, but we keep on looking at how that’s going to pan out.’

‘The other thing… it’s difficult to say without giving away to be honest!’, he also adds, keeping details on this mystery project deliberately light, but not without teasing us a little more: ‘That would be a very different thing to where it is today. By the way, we have been making some trials with it; it’s a super experience to try and sit and use it that way – we have to let you try that later!’

On the topic of whether or not there are plans to use a more varied roster of switches in its keyboard offerings (e.g. scissor or optical), Jacob replies that ‘mechanical just has a robustness about it that is so difficult to compare to. I do think other possibilities are coming, but they’re really building over the mechanical switch.’ As an example, Jacob says there’s research into replacing traditional LEDs with ‘putting a membrane just on top [of the keycap] that actually can display a screen’, citing Coca Cola as an example of a company looking into labels that can change while on display. ‘So I believe more that mechanical-wise you will see the switches a little as they are, but you will see some other things change on them – but whether it’s three, four, five, or seven years out I don’t know.’

From his responses to some quick-fire questions, we discovered that Jacob runs an MSI computer at home – unsurprising given their partnership. He also believes in ‘once a gamer, always a gamer’, thinking of himself as a good example of being from ‘one of the first generations that was really into gaming, you know from Doom to CS’. Nowadays, despite not gaming as much as he once did, he takes pleasure in following his son’s journey through gaming and also joining in: ‘Right now, I’m playing Overwatch on PlayStation with my boy, and I suck at it! I hate that I’m so bad at using a controller compared to mouse and keyboard!’

And finally, the most important question of the interview: Jacob’s favourite drink. ‘I am probably a beer guy, to be honest, so an IPA is really difficult to knock off the number one spot!’

We’d like to extend a big thank you to Jacob for the interview and for being so generous with his time! 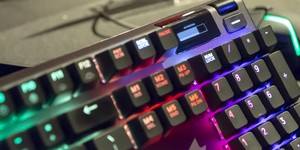