Apple has quietly extended support for issues with its Retina Display laptops reaching back all the way to 2012, following complaints from users that the anti-reflective coating begins to deteriorate over time.

Known as 'Staingate' in true everything-must-be-named-for-Watergate fashion, the issue is well documented on a complaints website: Over time, and in as little as seven months post-purchase, the anti-reflective coating applied to Apple's Retina Displays begins to break down. The result, and hence the name, is an unattractive, oily, stain-like appearance to the display, which can begin at any point on the screen. Initially, consumers themselves were blamed with accusations that they had been using harsh chemicals to clean their screens - claims the complainants denied - but while Apple has never officially stated that there's a problem it has been replacing the displays of those affected even out of warranty.

In 2015, Mac Rumors posted about an internal Quality Programme, not announced by Apple publicly, which allowed owners of affected MacBook and MacBook Pro devices to receive a free repair even outside their official warranty period. At the time, the programme covered devices for three years from their original date of purchase or one year from October 16th 2015. Now, the site is reporting that Apple is extending the programme - but that it is once again not making that fact public itself.

The revised Quality Programme, the site reports, now covers all MacBook and MacBook Pro laptops purchased from June 2012 onwards until October 16th this year; devices bought less than three years before that date, meanwhile, will receive a full three years of coverage. Anyone with a delamination or deterioration issue within that time period will be eligible for a free repair, while those who have already paid out-of-pocket for out-of-warranty repairs but whose devices are covered under the extended programme should be eligible for a refund.

In all cases, affected users are advised to contact Apple Support via the website or their local Apple Store, as the company has still not launched a dedicated microsite for handling complaints regarding the problem. 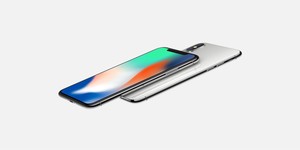