Azza's Overdrive chassis is styled like a v6 car engine 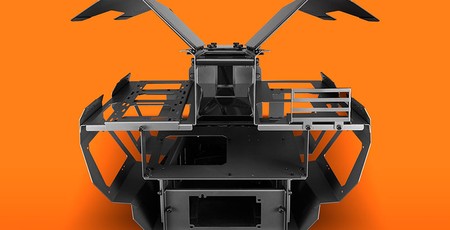 PC cases and accessories specialist Azza is up to its 'extreme' PC tricks again. Its latest eye-catching chassis takes the high-octane world of supercars as its inspiration. The new chassis, due to be released this April, is called the Octane, and looks something like a v6 car engine with gull wings component access doors, and plenty of RGB lighting options.

As well as looking like something bestowing great horsepower, the Azza Octane has plenty of room for top-notch PC components and lashings of cooling components. It is described as an 'E-ATX wide enclosure' and measures a pretty substantial 440 mm x 570 mm x 590 mm, weighing in at 15kg unpopulated. It is made of a combo of 2mm SPCC and 3mm aluminium with the gull-wings being made of both aluminium and tempered glass. 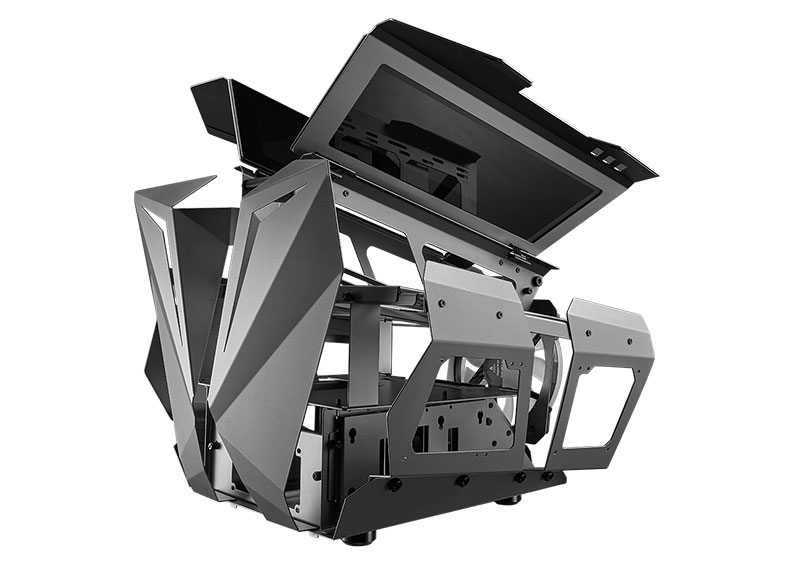 With such a size, it is natural that this chassis has (mostly) good max compatibility figures, and they are as follows:

Interestingly, you can choose to install your graphics card in either side – under either left or right wing. The layout even gives you the option of double 280 or 360mm radiators or double graphics cards at either extreme – as well as a separate top mount 280 or 360mm radiator. As an open air chassis you shouldn't have much trouble with air flow and at the front sits the Azza-supplied 200mm aRGB fan. On the topic of RGB there is an onboard Azza controller with 7x3 pin aRGB ports, 6x4 pin PWM fan ports, a reset and LED switch, as well as the necessary cables to get power and connect to your motherboard. 300 mm PCI-E 3.0 cable (support EATX、ATX Motherboard) is supplied.

Azza says the Overdrive will become available in April but hasn't provided any price guidance.