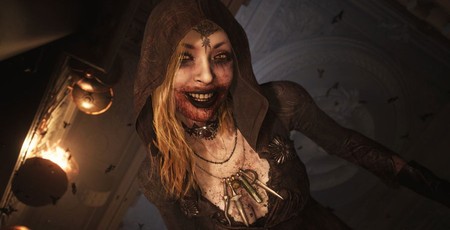 Bit-Tech reviewed the PC version of Resident Evil Village back in May, and it ended up getting a recommended award, though it could easily have been outstanding if Capcom had focussed and not gone for such mass appeal. However, over recent weeks the sound of unhappy voices has been growing, with complaints about the performance of the PC release. Even on powerful PCs, Resident Evil Village can sometimes cause your PC to stutter, which is particularly disturbing – in a bad way – when you are faced with intense life-or-death combat with some ghoulish entity.

Many have suspected the issue with the PC version of Resident Evil Village stems from the layers of copy protection DRM. The title employs Denuvo Anti-Tamper tech, as well as Capcom DRM to keep pirates and copyists at bay. Now thanks to the distribution of a pirated and cracked version of the game, with Capcom DRM stripped out of one version, we can A-B the game's performance with and without some of this heavy-handed (and heavy on the processor) DRM.

One of my favourite YouTube channels MVG, or Modern Vintage Gamer, has taken a look at Resident Evil Village on the PC – with and without Capcom DRM thanks to an illicit release from a group called Empress. The MVG host is a developer at Night Dive Studios and Limited Run Games and the main guy behind Shantae for Nintendo Switch. However, being 'in the industry' doesn’t mean MVG pulls his punches, as he slates Capcom for its PC DRM implementation, saying it has "ruined Resident Evil Village on PC".

If you watch the video above, you will see that, on the same system and at similar gameplay junctures, the Steam version of Resident Evil Village suffers from substantial dips in performance. Having observed other videos of A-B testing using legit-cracked versions of the game, MVG did his own testing to confirm what was happening. Overall, MVG sounded disgusted that a customer might have paid $60 for this game to get such a "substandard experience" with frame rates tanking to 20-something fps while the cracked version never seems to dip below 60fps. In an update to the vlog post, MVG clarifies in the video description that the DRM at fault here is very much the Capcom originated DRM, not Denuvo Anti-Tamper. This clarification comes from an MVG contact, reminding him that only one game has ever had Denuvo Anti-Tamper removed; it is instead bypassed in other cracked games.

Have you bought and played Resident Evil Village PC? If so, please share your thoughts on the general performance and if stuttering / fps dips impact your enjoyment. One hopes that Capcom will remove the heavy-handed DRM, or at least fix performance on PC, in the coming weeks.