Cyberpunk 2077 removed from the PlayStation Store 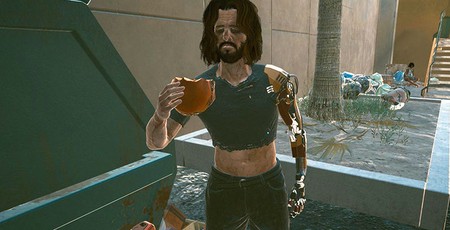 Hopefully you have all thoroughly digested the Bit-Tech review of Cyberpunk 2077 already. Rick Lane's analysis of the game covers most of what you will need to know if you are interested in the title; from initial impressions, progression, and of course the review summary and judgement. However, quite a bit of the discussion is unfortunately required to be on the game's technical failings. Even on a relatively high calibre PC (including an RTX 2080 Super graphics card) this game had glitches and performance issues that were problematic.

That the game would run poorly on the base previous gen consoles, the PlayStation 4 and Xbox One, has turned out to be a highly valid concern. In the wake of social media trending grumbles earlier this week CD Project Red put out a statement via Twitter, admitting that it had not devoted the time or resources to these older systems that it should have. "We should have spent more attention making it play better on PlayStation 4 and Xbox One," said the games developer and publisher. It went on to talk about bug fixes and patches on the way, promising to fix the most prominent problems before broaching the thorny issue of refunds. It suggested that if you didn't want to wait for the game to come good you should go through the PSN or Xbox refund systems, or even email directly to helpmerefund@cdprojektred.com to get the refund ball rolling. Helpfully Sony has now stepped up to make it clear that it will be giving Cyberpunk 2077 refunds the green light. "SIE strives to ensure a high level of customer satisfaction, therefore we will begin to offer a full refund for all gamers who have purchased Cyberpunk 2077 via PlayStation Store," says Sony in a blog post. Furthermore, the game is being withdrawn from sale, whichever Sony console you might own: "SIE will also be removing Cyberpunk 2077 from PlayStation Store until further notice."

Remember before launch that CDPR assured investors that it really would release Cyberpunk 2077 on 10th Dec – no more schedule slips? Now CDPR management might be wishing it grasped the delay nettle again as the current tide of bad news has very heavily impacted the firm's share price. CDPR founder portfolios are currently down as much as a billion USD…