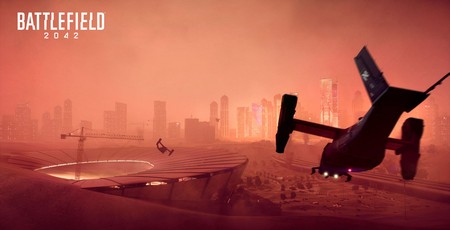 If you are a fan of the EA/DICE Battlefield franchise, there has been quite a bit of news about the upcoming Battlefield 2042 in recent days / hours. As well as the headlining PC minimum and recommended specifications reveal, we hear that six technical playtest sessions have been scheduled between 12th and 15th August, and that a scene-setting short film called Exodus will be released on 12th August.

The PC specs required by the latest Battlefield are just a slight increment above the ones published for Battlefield 5. For the minimum specs, one can now see that one of the major limiting factors evident is the increase in minimum VRAM from 2GB to 4GB. Processor and system Ram minimums remain the same as for BFV. Moving along to the recommended specs, we see a similar slant in the GPU upgrades being more important than upgrading your CPU. The old favourites of the GTX 1060 and RX 580 used to be good enough to be recommended, but now they have been supplanted by the RTX 2060 and RX 5600 XT. If you are interested in having a go in Battlefield 2042 a bit early, you should try and get an invitation to the six playtest sessions scheduled for between 12th and 15th August. EA/DICE are inviting "a few thousand" participants to this play test. However, there is going to be much wider testing opportunities available when the open beta goes live in September.

Also on 12th August, you will be able to catch a short film premiere which will introduce you to the world of Battlefield 2042 – it sounds like you will have about 20 years of tumultuous future history to absorb. The 'Exodus' video will go live on the day at 8am PT / 11am ET / 5pm BST. A brief glimpse of the action is teased on the official Battlefield Twitter account. Battlefield 1 and Battlefield 5 are currently free to grab if you are an Amazon Prime subscriber.