TV, broadband, and phone provider Sky has been bought out by the US entertainment giant 21st Century Fox, following a cash offer of £11.7 billion for the 61 percent of company shares Fox did not already own.

Sky began life as Sky Television in 1989 as a spin-off from Rupert Murdoch's News Corporation organisation, but financial troubles took its toll and in less than two years the company was forced to merge with rival British Satellite Broadcasting to form a joint company dubbed British Sky Broadcasting, or BSkyB. The joint company succeeded where the two independent outfits had been failing, and BSkyB began buying up European spin-offs Sky Italia and Sky Deutschland before changing its name to just Sky in 2014. Famously, the company also acquired Alan Sugar's Amstrad in 2007 for £125 million as a means of taking control of its set-top box supply chain - though in doing so it also received the rights to the Sinclair ZX Spectrum technology and brand.

The modern 21st Century Fox, meanwhile, is a name worn by what was once Rupert Murdoch's News Corporation following the phone-hacking scandal that all but destroyed the original brand following investigations launched in 2009. Under News Corporation, Rupert Murdoch already owned around 39 percent of Sky; a deal to acquire the remaining shares in 2010 fell through as a result of the scandal and following resignation of Rupert Murdoch's son James Murdoch from his posts of chair at BSkyB and News International.

Today's deal finally completes the takeover Murdoch Senior has been attempting for more than half a decade, with 21st Century Fox taking full control of Sky's operations through a purchase of the remaining 61 percent of shares in a £11.7 billion cash offer.

'As the founding shareholder of Sky, we are proud to have participated in its growth and development. The strategic rationale for this combination is clear. It creates a global leader in content creation and distribution, enhances our sports and entertainment scale, and gives us unique and leading direct-to-consumer capabilities and technologies,' claimed a Fox spokesperson of the deal. 'It adds the strength of the Sky brand to our portfolio, including the Fox, National Geographic and Star brands.'

Thus far, no word has been given on how the takeover will affect Sky's customers. 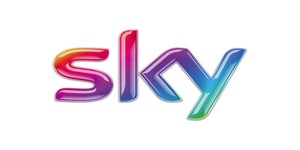 Around five percent to be left behind.