GAME Group saved by a £1 buyout

The deal sees OpCapita, which already owns high-street electronics chain Comet, picking up GAME Group's assets for a nominal £1. As a result, 333 stores owned by GAME Group and not yet closed as part of the company's cull of 277 properties will be remaining open - for now.

OpCapita's investment saves an estimated 3,200 jobs in GAME Group's high-street facilities, which will come as a great relief the company's remaining employees and cold comfort to the 2,104 people laid off last week as the company entered administration.

'We strongly believe there is a place on the high street for a video gaming specialist, and GAME is the leading brand in a £2.8 billion market in the UK,' claimed OpCapita's managing partner Henry Jackson of the deal. For its investment, OpCapita's David Hamid - late of Halfords - becomes GAME Group's new executive chair.

While OpCapita's deal with GAME Group's administrators saves its UK facilities, things look darker overseas. The deal only covers the company's UK properties; elsewhere, the administration continues with around 4,000 staff across 663 shops at risk.

OpCapita now has a major undertaking on its hands, clearing GAME Group's staggering debts and turning the company's fortunes around. Whether that will entail further store closures and job losses is not yet known. 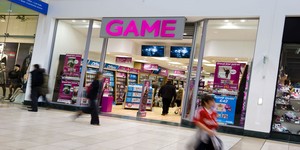 The world games market continues to shrink, with NPD Group claiming a 25% drop in March alone.