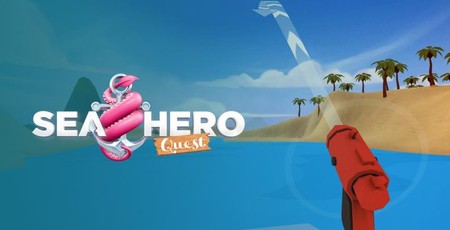 Alzheimer's Disease, and related dementias, affect an estimated 44 million people worldwide; of these, only a quarter have been formally diagnosed. Early diagnosis can be key to getting sufferers the care they need, though no cure has yet been discovered. A team of researchers from the University of East Anglia, University College London, and the Laboratoire des Sciences du Numérique have come up with an interesting method for flagging individuals at risk of developing Alzheimer's: their performance in a smartphone game.

Developed by Deutsche Telekom in partnership with the researchers and Alzheimer's Research UK, Sea Hero Quest, which has been downloaded more than 4.3 million times so far, is relatively simple: The player navigates a maze made up of islands and icebergs, while their performance at said navigation is monitored. This monitoring came up with a surprising result: The in-game performance of those with a genetic risk of developing Alzheimer's disease was markedly different to those at a lower risk, something not found when using traditional memory and logic tests.

'Dementia will affect 135 million people worldwide by 2050. We need to identify people earlier to reduce their risk of developing dementia in the future,' explains Professor Michael Hornberger, lead researcher on the project. 'Current diagnosis of dementia is strongly based on memory symptoms, which we know now are occurring when the disease is quite advanced. Instead, emerging evidence shows that subtle spatial navigation and awareness deficits can precede memory symptoms by many years.

'Our current findings show that we can reliably detect such subtle navigation changes in at-genetic-risk of Alzheimer's disease healthy people without any problem symptoms or complaints. Our findings will inform future diagnostic recommendations and disease treatments to address this devastating disease. We found that people with a high genetic risk, the APOE4 carriers, performed worse on spatial navigation tasks. They took less efficient routes to checkpoint goals. This is really important because these are people with no memory problems. Meanwhile, those without the APOE4 gene travelled roughly the same distance as the 27,000 people forming the baseline score. This difference in performance was particularly pronounced where the space to navigate was large and open. It means that we can detect people who are at genetic risk of Alzheimer's based on how they play the game.'

The researchers used data from 27,108 UK-based players aged between 50 and 75 - the group at highest risk of developing Alzheimers symptoms within the next decade - and compared the data to a lab-based group of 60 people who underwent genetic testing for the APOE4 gene, the presence of which dramatically increases the likelihood of developing the disease.

'This research shows that data collected from people who downloaded and played Sea Hero Quest can be used as a benchmark to help identify those at a genetically higher risk of developing Alzheimer's in smaller groups of people,' explains researcher Gillian Couglan. 'Sea Hero Quest succeeded where a conventional memory and thinking test failed. It demonstrates the power of harnessing large-scale citizen science projects and applying big data technologies, to help improve the early detection of diseases like Alzheimer's. This global Sea Hero Quest project provides an unprecedented chance to study how many thousands of people from different countries and cultures navigate space. It is helping to shed light on how we use our brain to navigate and also to aid the development of more personalised measures for future diagnostics and drug treatment programmes in dementia research. This is the tip of the iceberg and there is still a lot more work to do to extract and capitalise on the wealth of data collected through the Deutsche Telekom's Sea Hero Quest project.'

Sea Hero Quest is available now for iOS and Android from the official website. The team's research paper, meanwhile, has been published in the journal PLOS One. 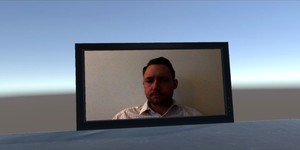 DeepMind partners with the NHS for eye-scan project