Atari has confirmed that it is planning to develop more titles in the Baldur's Gate and Neverwinter Nights franchises for the future, though no release date has yet been set for either game.

Few details have crept out on the projects, but ex-Sony and now-Atari honcho Phil Harrison has confirmed that the games may not be out until 2010 or so.

At the same time, Phil also announced that Atari was working on a new Test Drive game, but that honestly just doesn't excite us as much as some D&D role-playing.

Unfortunately however, it doesn't look like the original developer behind both games will be attached to the projects as BioWare is now owned by mega-publisher EA and is said to be hard at work on getting Mass Effect 2 together. It's also not clear whether the games will use an isometric or 3D engine, or if the gameplay will be changed over to the more arcade-y feel of the Baldur's Gate: Dark Alliance cash-ins.

With no other information available on the games, I have to admit to being somewhat terrified at the prospect of a new Baldur's Gate game, which may threaten to devour me whole. I spent literally hundred of hours on just my first playthrough of Baldur's Gate 2 and have played through numerous times. If the new game is any bigger or more addictive then I may have to retire early.

Reviving classic RPGs seems to be all the rage these days. With Fallout, Baldur's Gate and Neverwinter Nights all getting resuscitated, are there any other titles you'd like to see re-made? We'd love to see Planescape Torment 2 for starters, but let us know your ideas in the forums. 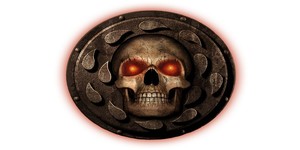 A game set between Baldur's Gate 1 and 2 is in the works from enhanced edition developer Beamdog. The enhanced edition of Baldur's Gate has been pulled from the Apple App store whilst contractual issues are cleared up.