Nintendo has denied a design flaw in the Joy-Con controllers for its latest Switch console, while admitting that 'a manufacturing variation' has resulted in some units suffering from frequent disconnections.

Designed to be used hand-held, docked into a grip, or attached to the side of the portable Switch console itself, Nintendo's Joy-Con controllers use a wireless connection to transmit their signals. Sadly, many early adopters have been complaining of issues with the wireless connectivity resulting in extremely short ranges - and, in some cases, the left Joy-Con controller disconnecting itself even when physically attached to the console.

'There is no design issue with the Joy-Con controllers, and no widespread proactive repair or replacement effort is underway,' Nintendo has claimed in a statement to press on the matter. 'A manufacturing variation has resulted in wireless interference with a small number of the left Joy-Con. Moving forward this will not be an issue, as the manufacturing variation has been addressed and corrected at the factory level. We have determined a simple fix can be made to any affected Joy-Con to improve connectivity.'

That fix, the company has confirmed will be made available to anyone contacting its support department to report a connectivity issue - but it's not a 'widespread proactive repair or replacement effort,' and Nintendo won't be contacting Switch owners directly to prompt them to receive the fix.

CNET, meanwhile, has discovered just what the 'simple fix' entails: the attachment of a tiny piece of foam which sits on the PCB antenna. With this in place, it is reported, the disconnection issue is resolved - leaving Nintendo with a handful of other early-adopter complaints to address, including wireless interference from TVs, aquariums, metal objects, wires, cords, wireless access points, speakers, laptops, tablets, microwaves, cordless phones, and even USB 3.0-compatible storage devices, the dock scratching the plastic screen, and a dead pixel policy the company categorises as 'normal and should not be considered a defect. 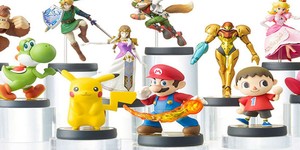