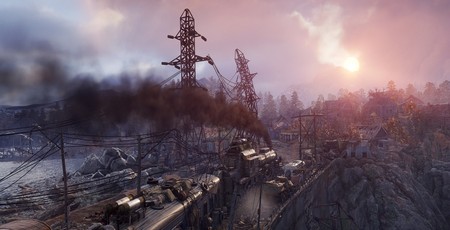 Metro Exodus developer 4A Games and publisher Deep Silver have issued a joint statement claiming that 'a PC version will always be at the heart' of plans for future games, after an anonymous developer suggested that the company might skip the platform in the future following backlash to its shift from Steam to the Epic Games Store.

Much-anticipated post-apocalyptic shooter Metro Exodus got a boost in publicity late last month when it was announced that the game was being removed from Valve's Steam platform to go to Epic's freshly-launched Games Store for a timed exclusive which expires a year from launch. While both publisher Deep Silver and Epic's Tim Sweeney positioned the move as a positive one, Valve claimed otherwise: 'We think the decision to remove the game is unfair to Steam customers, especially after a long pre-sale period,' the company claimed in an update to the game's former Steam page. 'We apologise to Steam customers that were expecting it to be available for sale through the February 15th release date, but we were only recently informed of the decision and given limited time to let everyone know.'

That sentiment appears to have been shared with a vocal subset of Metro fans, too: Since the shift was announced 4A Games' other titles in the Metro series have been the subject of a coordinated 'review bomb' which has seen their Steam rankings plummet and their community pages filled with negative comments. Gamers' ire was further fed when an anonymous 4A Games staffer, posting to a Russian forum, suggested that if gamers boycott the Epic Games Store release of Metro Exodus the company could simply ditch PC as a platform for future titles and develop solely for consoles instead.

With that comment having, unsurprisingly, failed to quench the flames, 4A Games and Deep Silver took to social media to clarify that the company has no intention of abandoning the PC. 'The recent decision to move Metro Exodus from Steam to the Epic Game Store was made by Koch Media/Deep Silver alone,' the company's statement, published via the TwitLonger service, begins. 'The recent comments made by a member of the 4A Games development team do not reflect Deep Silver’s or 4A Games’ view on the future of the franchise.'

'They do reflect the hurt and disappointment of a passionate individual who has seen what was previously nothing but positive goodwill towards his work turn to controversy due to a business decision he had no control over. We respectfully ask that any and all valid feedback over this decision is directed at Koch Media/Deep Silver, and not the developers at 4A Games. The future release strategy of the Metro series lies with Koch Media/Deep Silver. Our decision to partner with Epic Games was based on the goal of investing in the future of the series and our development partner at 4A Games. We have every intention of continuing this franchise, and a PC version will always be at the heart of our plans.'

At the time of writing, both Metro 2033 Redux and Metro Last Light Redux had received around 4,000 recent reviews which shifted sentiment from 'Very Positive' to 'Mostly Negative'. 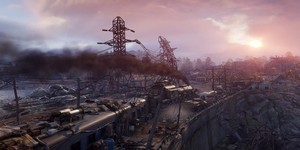 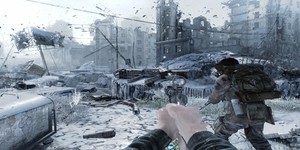 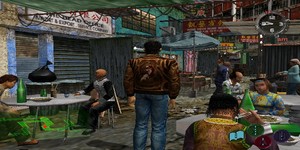