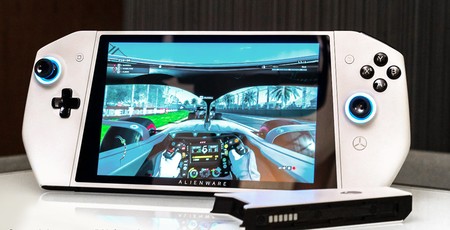 Alienware has shown off its new concept PC at CES 2020, and it looks a lot like a Nintendo Switch.

Named Concept UFO for now, the device is a portable handheld PC with two controllers attached to either side, much like the Nintendo Switch's Joy-Cons with an 8" screen between them. Detach the controllers and place them together to form a full controller much like, oh yes, the Switch it's clearly based on.

Obviously, it's not a complete rip-off with a design that's a little sharper and a little less cutesy than the Switch, right down to it being a rather dull grey colour, but the resemblance is certainly uncanny. One key difference here is that the two controllers - once detached from the body - have to be placed together via a bridge unit otherwise Windows won't recognise them as separate controllers. Appropriately, the two controllers join together to look like an UFO, highlighting that its name isn't just a bit of an odd quirk.

Much like the Nintendo Switch, the Concept UFO has a kickstand attached to its back so you can play comfortably while sitting near a flat surface. There are USB-C ports for mouse and keyboard support too.

The system is powered by an Intel 10th Gen processor but no other details have been released regarding the technical specifications of the portable. There's also no insight into its battery life either - always an important factor when dealing with portable devices. For now, all we know is that the device runs Windows 10 and has a display screen with a 1200p resolution.

Alienware is keen to stress this is all purely a concept piece for now, but it's certainly immensely promising. Being a portable PC gaming machine means you have access to Steam, Origin, and Epic Games, amongst others, ensuring a massive games library at your disposal. Although, we're guessing Wi-Fi will be essential to be able to play many games without a bit of forward planning with offline modes. Certain games will no doubt make you long for a mouse and keyboard too, although that's always going to be an option when at home.

Either way, this is all speculation until Alienware actually runs with the idea. At least it's certainly very different from any other PC innovations we've seen at CES this year. 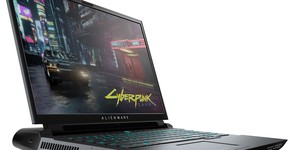 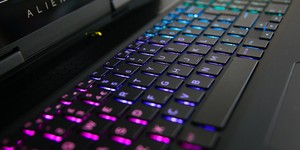