Amazon New World launches on PC, is an instant hit 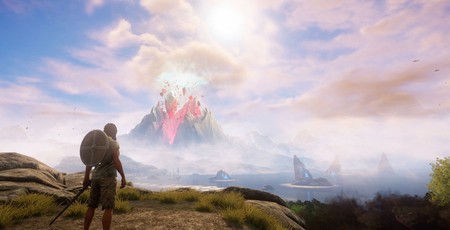 Amazon Games has a first big hit on its hands with New World, launched on Tuesday. The game was last in the Bit-Tech headlines a month ago, after an open beta was announced – a much better reason to grab the headlines than in July, when it was in the spotlight for bricking a number of top-end EVGA GeForce RTX 3090 graphics cards.

Above, you can see the official launch trailer for New World, which is described using gaming parlance as an action adventure MMORPG. In longer-form, it is an open world MMO, set in the great age of explorations, where you are cast as an adventurer shipwrecked on the supernatural island of Aeternum. Gamers on the island fight, forage, and forge to achieve success against supernatural forces in a mix of PvE and PvP experiences. Key real-time combat multiplayer action game modes on offer include; War (indulge in siege warfare with up to 100 players on the battlefield at once, PvP), Outpost Rush (two competing factions in teams of 20 players, fight to control an outpost, PvP or PvE), Expeditions (five player instanced dungeons, PvE), and Invasions (teams of 50 fight off waves of monsters, PvE).

As mentioned in our headline, New World is a big hit already. Perhaps this isn't surprising, as the beta programs have been very popular, but the numbers are still impressive for the industry. SteamDB says that in its first 24 hours, New World has passed 700,000 concurrent players. It has also become a second placed entry in the Steam charts, wedged between the stalwarts CS:GO and Dota 2, and thus comfortably ahead of the likes of PUBG and Apex Legends. It isn't all good news for Amazon, though, as many recent Steam comments I am seeing are complaining about the servers being overloaded. This is a simple example of being the victim of your own success – which is quite a surprising predicament given the server power of AWS.

Somewhat amusingly, it has been noticed that you can't call your game character any name with the strings Amazon or Bezos in it. Trying alternative spellings or text-speak like Bez0s is also blocked. Of course, most swear words and so on are blocked too.