The developers of Areal, a supposed spiritual successor to the STALKER franchise, has returned to crowd-funding after being kicked off Kickstarter owing to fraud concerns - but red flags are already being raised about the company's true intentions.

Areal was announced in June this year with the claim that its creator West Games was staffed by 'many of the developers responsible for both the STALKER series and Metro: Last Light.' The company was seeking crowd-funding for the game, which it described as a 'spiritual successor' to STALKER but at a strangely low value of just $50,000 - despite having claimed they were developing an in-house game engine and other expensive assets.

Soon, evidence began to emerge that all was not as West Games had claimed. Images claimed to be in-house assets turned out to be bundled with the free Unity 3D game engine - an engine the company had not said it was using - and its staff had only a single member who had worked as a designer on STALKER. Even the video it had uploaded to Kickstarter turned out false, using footage from STALKER and its concept art while passing it off as its own. West Games fought back with an increasingly bizarre propaganda campaign culminating in claims that the Ukrainian company had received a letter from Russian president Vladimir Putin praising the game - an out-there claim which appeared to be the straw that broke the camel's back, with Kickstarter cancelling the project with just two days left on the clock.

Now, Areal is back under a new name: STALKER Apocalypse. As before, West Games is seeking crowd-funding for the title but at a far higher target of $600,000 - and it's opted for a new site dubbed World Wide Funder to do so. Erik Kain, writing for Forbes, was one of the first to raise red flags over this new effort: the World Wide Funder site is brand-new, registered in September 2014 - two months after West Games' Kickstarter campaign was cancelled - to an anonymous registrant. Many of the projects on the site are written in the same broken English as West Games' own, and the reborn Areal is the only one to appear on the site's promotional banner.

In short: it's looking rather like West Games is behind World Wide Funder, and that the site exists only as a means to channel funds to the company - which is once again claiming to be based in Las Vegas, rather than the Ukraine. Images claiming to be in-progress assets from the game appear to have been purchased from elsewhere - the tree beneath the 'Dynamically Changing World' header, for example, is from Evermotion Textures Volume 9 - or taken straight from the cancelled Areal project. Those backing, therefore, would be advised that they are unlikely to see any return on their investment.

The crowd-funding campaign can be found here, for those that wish to see the company's claims for themselves. 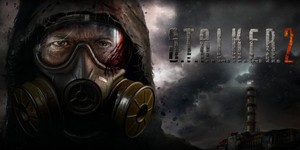 Lot of love for Banjo-Kazooie.