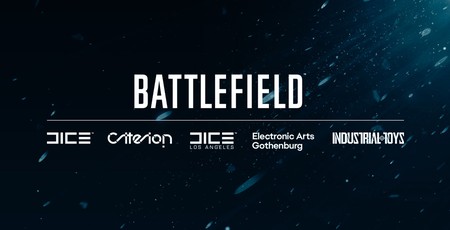 The next Battlefield title looks set for a full reveal in June, with its release scheduled for Holiday 2021. EA sort of confirmed the former as fact a few hours ago, and Andy McNamara (the director of communications strategy at EA) chipped in to confirm "see you all in June".

It seems to be the case that gaming companies prefer to be obtuse on social media than come out with straight forward communications. In February EA said that the next Battlefield would be officially revealed in spring. You might be feeling rather summery by now, but officially spring doesn't begin until Monday, 21st June (ends on Thursday 23rd Sept, chronological fact fans).

Above you can see Battlefield Tweeted "Words that rhyme with Soon:" with a follow-up of "June. Boom." It was trying to deal with the impatient throng that thought a previously telegraphed springtime announcement / reveal was well overdue. Or its pinned Tweet from 22nd April saying that fans should "get ready for our reveal soon" (see image below). However, it is hard to have sympathy with EA as it made the self-imposed deadline. Looking at June on the calendar it seems natural that the Battlefield 6 reveal could be part of a wider E3 timed presentation from EA. This year E3 is running as a digital only event from 12th – 15th June.

There has been some Battlefield 6 leakage ahead of any official info / reveal. Purported images and audio from a launch trailer have been posted here and there, but they have been rather poor quality and thus not so interesting.

The last official blog post about Battlefield, from 22nd April, told gamers to expect "a jaw-dropping experience for you to enjoy later in 2021 [with] Epic scale. All-out military warfare. Crazy, unexpected moments. Game-changing destruction. Massive battles, packed with more players and mayhem than ever before." There's also a new mobile game coming in 2022.