BioShock 4 an open world game according to job advert 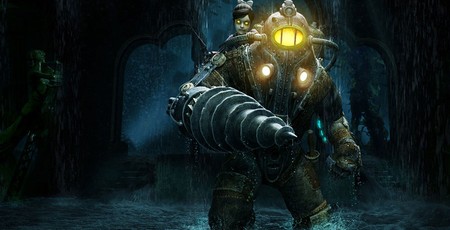 The newly formed Cloud Chamber Studios is looking for folk to "bring the world of BioShock to life once again". A job vacancy for a senior writer, based in Montreal, relays this information, and is just one of 17 positions open at the studio, part of 2K Games and Take-Two Interactive.

Back in December 2019, Bit-Tech reported upon the confirmation of a new entry into the BioShock stables. However, we knew it was going to take a considerable time before fruits of the development would be ripe. Looking at this contemporary vacancy, the publishing of a finished BioShock 4, or whatever it might be called, still seems a long way off.

Elsewhere in the job listing there are a few clues to the form of the next BioShock revealed. The senior writer the developers are seeking should be able to help "weave impactful, character-driven stories in an open world setting," says one key job description segment. The game is going to offer narrative-driven FPS style fun in the open world, but it won't be a recreation of one of the worlds of old, but rather "a new and fantastical world". Other vacancies add a sprinkling of details, like the AI Programmer who will be chosen to "to flesh out the designs and finalize the implementations for an urban crowd system and the systemic tribal ecology of a sometimes hostile AI". The game will be built in UE4, with a possible upgrade to UE5 when available.

Some other interesting details about the next BioShock are that it's Design Director, Jonathan Pelling, worked on both the original BioShock and BioShock Infinite in a similar capacity. Other shoe-ins from previous games include execs like Hoagy de la Plante (Creative Director) and Scott Sinclair (Art Director). Please note though, that BioShock's original director, Ken Levine, will not be involved in the new project. Levine has previously voiced his support and confidence in the new team.