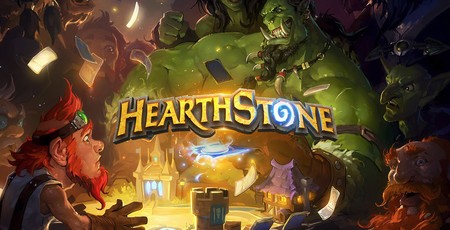 Blizzard has found itself in hot water after banning competitive Hearthstone player Ng Wai Chung and rescinding his prize money following his support for ongoing independence protests in Hong Kong - complete with the involvement of US senators.

Following a match at the Hearthstone Grandmasters event, Ng Wai Chung - who plays under the handle 'blitzchung' - spoke on the official Taiwanese stream for the event to support protestors currently fighting heavy-handed involvement from the Chinese government, particularly the proposed introduction of the Anti-Extradition Law Amendment Bill which, critics claim, would give mainland China authority to detain Hong Kong residents and visitors in a direct attack on the region's autonomy and the civil liberties of its citizens. At their peak, the protests have seen around a seventh of Hong Kong's entire population take to the streets.

As reported by Inven Global, Chung appeared on the stream wearing a respirator and ski goggles - similar protective equipment as used by the protestors - and told viewers, in Chinese, to 'liberate Hong Kong, [the] revolution of our age!'

The hosts of the stream both ducked behind their desk, and the live stream was quickly cut. The recorded video has since been taken down, but it's Blizzard's response to the protest that has angered fans worldwide: The company has thrown Chung out of the tournament, banned him from professional Hearthstone competition for a year, and - most controversial of all - rescinded all prize money from his participation in the Hearthstone Grandmasters Season 2 event. The company has also confirmed it will no longer be working with the two hosts of the stream, despite their lack of foreknowledge that Chung was to make the announcement.

Blizzard has pinned the move on Chung's alleged violation of a competition rule which states: 'Engaging in any act that, in Blizzard’s sole discretion, brings you into public disrepute, offends a portion or group of the public, or otherwise damages Blizzard image will result in removal from Grandmasters and reduction of the player’s prize total to $0 USD, in addition to other remedies which may be provided for under the Handbook and Blizzard’s Website Terms.'

'As you know there are serious protests in my country now. My call on stream was just another form of participation of the protest that I wish to grab more attention,' Chung told Inven Global of his protest. 'I put so much effort in that social movement in the past few months, that I sometimes couldn't focus on preparing my Grandmaster match. I know what my action on stream means. It could cause me lot of trouble, even my personal safety in real life. But I think it's my duty to say something about the issue.'

Facing considerable pushback from its customers, though, Blizzard may be regretting its decision. The company hasn't publicly commented since banning Chung, but recently told Engadget it was 'assessing the situation.' That reassessment may have something to do with pressure from US senators, who have stated the company is 'willing to humiliate itself to please the Chinese Communist Party.' Business Insider, meanwhile, reports that around 30 Blizzard employees have walked out in protest at the company's actions.

Epic Games, meanwhile, has found yet another angle to push its own products and services, releasing a statement in which it confirms it will never ban a player for political speech. 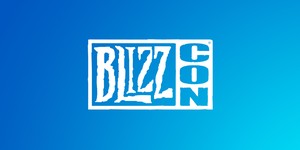 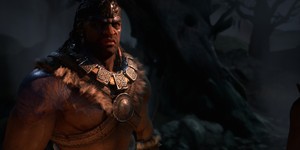