Blizzard resurrects Diablo II on PCs and consoles this year 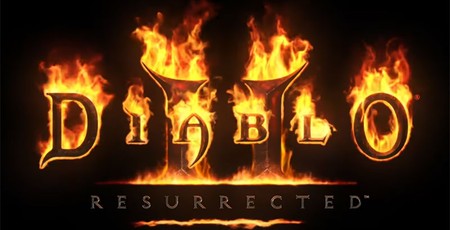 At BlizzConline 2021 this weekend Activision Blizzard revealed its highly anticipated remaster of Diablo II for modern PCs and consoles. Diablo II: Resurrected is said to be a faithful remaster of the legendary 20-year-old RPG dungeon crawling game and its award-winning expansion but lifted to a new level with "hauntingly detailed high-res 3D visuals and Dolby 7.1 surround sound". The game is coming to Windows PCs, Xbox Series X/S, Xbox One, PlayStation 5, PlayStation 4, and Nintendo Switch "later this year" but you can sign up for an upcoming PC technical alpha test if you like.

It is hoped that Diablo II: Resurrected will attract players old and new to the game, which conveniently offers cross-platform progression. If you are a player of old the first thing that might strike you, other than the platform choices, is the new graphics engine. Blizzard hasn't revamped the old sprites for 4K or anything so mundane, it has indulged in a fully 3D physically-based rendered, dynamic lighting enhanced game with revamped animations and spell effects. The developers haven't neglected the audio either with support for Dolby 7.1 surround sound blending the background music, environmental sounds, and effects. However, retro fans can freely switch back to the original experience with the click of a button, if they so wish.

In the game you can play as an Amazon, Barbarian, Necromancer, Paladin, and Sorceress, as well as the Assassin and Druid from the included Lord of Destruction expansion. All these character classes are highly customisable and can be progressed through "skills and talent builds, crafting and socketing items, collecting complete gear sets, acquiring unique arms and armour, assembling Rune Word combinations, and much more," explain the developers. If you are on PC, you might be wondering about the minimum and recommended specs. For 1080p play you are recommended to have the following components (or better):

At the time of writing we don't have a release date for the game on the multitude of platforms to which it will come later this year.