Fresh from the launch of its fantasy role-playing game The Witcher 3, Polish developer CD Projekt has delivered a blow to fans eager to see what the company can do in a cyperpunk setting: it's not even thinking about releasing upcoming new IP Cyberpunk 2077 for the next two years.

Heavily inspired by the works of William Gibson, Cyberpunk 2077 was teased by the company back in January 2013 as an upcoming title from CD Projekt Red 'coming when it's ready.' Accompanying documentation explained that the game would focus on a division of a futuristic police department dubbed the Psycho Squad, tasked with combating individuals who 'overuse implants and substances that boost or otherwise alter the human body.' The trailer generated a burst of interest, but the company went quiet while it concentrated on the release of the latest entry in its The Witcher fantasy franchise.

With The Witcher 3 now launched, some had wondered if Cyberpunk 2077 was to follow - but chief executive Adam Kicinski has stated otherwise. 'We hope and we are certain that Cyberpunk has even bigger commercial potential. It is too early to talk about it, though,' Kicinski told newswire agency Reuters in an interview this week. 'This year, and the next one will be the years of the Witcher.'

CD Projekt is to release additional content for The Witcher over the next two years, which will be made freely available for all owners of the game. 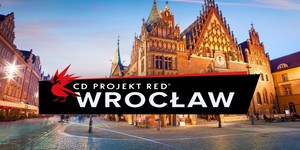