Control multiplayer spinoff codenamed Condor is on the way 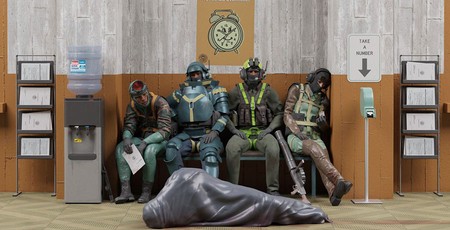 Remedy Entertainment and 505 Games have shared a couple of thrilling announcements in a blog post on Tuesday. The two gaming firms are working together, to co-publish and develop a multiplayer spin-off game of Control. Furthermore, an "ambitious" Control sequel is in the making, which will result in a "bigger-budget Control-game".

Bit-Tech reviewed Control on PC back in August 2019. Rick Lane talked us through his love-hate relationship with the game, but the positives weighed much greater, and it was judged to be one of the highlights of 2019, coming away with a Bit-Tech Excellent award.

Mikael Kasurinen, the Game Director of the Control franchise, penned the blog post about the upcoming expansions of the Control franchise. To begin with, he tells readers that "Control is first and foremost a world, a place for multitudes of stories, events, and characters. A place where unexpected, strange, and extraordinary things occur." Kasurinen goes on to tease that there is "Oh, so much more," to this world than we have seen previously. While in his professional career Kasurinen has focussed almost solely on single-player experiences, and understands gamer scepticism about the proliferation of multi-player games, it is described as a welcome challenge to develop a Remedy multiplayer game. Moreover, some encouraging, "extremely exciting" work has already been done by the Vanguard Team at Remedy. The ultimate goal is for a title that "is engaging, yet familiar, something any of our fans can jump into and feel at home in. Together." This co-op multiplayer Control game currently goes by the name of project Condor.

Moving along to the topic of the Control sequel, Kasurinen talks about it being a bigger budget production, which has stirred considerable excitement. The sequel is said to be an ambitious project, and high-level collaborations are already outlined to give the project wings.

Sadly, the blog post is rounded off by Kasurinen informing fans that both Control projects are still quite a long way off being revealed more fully. In the meantime, official Control merchandise is being prepared for the second anniversary of the launch of Control, and Remedy is busy on other projects too.