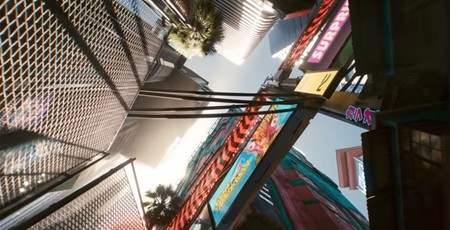 Nvidia has dedicated a new blog post to Cyberpunk 2077 and it has revealed an extensive set of recommended PC specifications for those wishing to play the game on PC with or without 'RTX On'. As a welcome bonus an RTX On gameplay video with dev chat has been shared, and you will find that embedded below.

Moving onto the specs table which was shared on the Nvidia blog, whether RTX is On or Off, there are no AMD graphics cards in the recommended list. This is natural of course, for a table produced by Nvidia rather than a developer, and we have seen it do this before.

The lack of AMD hardware in the 'raytracing on' PC settings category seems to have led some to believe that Cyberpunk 2077 won't support raytracing tech on AMD RDNA 2 hardware but this is simply not true. Global Community Lead for CDPR, Marcin Momot, replied to some comments on Twitter to assure us that with regard to raytracing "we are working together with AMD to introduce this feature as soon as we can".

Looking at things from the perspective of owners of GeForce hardware for a moment, it is interesting to see the minimum spec of an RTX 2060 for 1080p RT Medium – but then a jump to an RTX 3070 for 1440p RT High. One wonders why Nvidia didn't mention any other Turing graphics cards in the specs. For example the RTX 2080 Ti usually performs a little bit better than the RTX 3070 at 1440p with RTX on and DLSS on.

Cyberpunk 2077 is set for release on Thursday, 10th December.