EA confirms that the next Battlefield will arrive by Holiday 2021 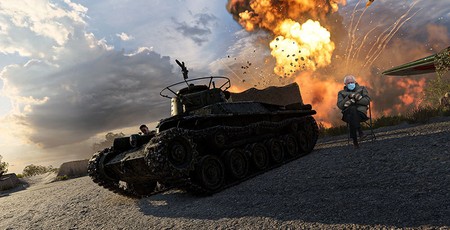 Electronic Arts has published its latest set of financial results. As usual such results spend a significant amount of ink looking back on the firm's performance, but there are also nuggets dropped about upcoming games releases. Specifically, in its 'Q3 FY21' results published yesterday evening, EA provided details of its upcoming Mass Effect Legendary Edition release on multiple formats, and the CEO provided some insight into the next Battlefield game in a post-results Q&A session.

Venture Beat listened in on the call and quotes EA CEO Andrew Wilson as saying "our next Battlefield experience… will mark a return to all-out military warfare". Fans of the series, last represented by 2018's Battlefield 5, might appreciate that assertion.

Wilson added that the next Battlefield will be designed to take the best advantage of today's modern platforms. Since 2018 PCs and consoles have made significant strides and this will enable "massive, immersive battles… with more players than ever before," according to the EA boss. Moreover, maps will be delivered of an "unprecedented scale," and gamers will enjoy "another level" of destruction, player agency, plus vehicle and weapon combat.

If you are keen to learn more about the upcoming Battlefield, Wilson says that there will be a proper reveal in spring, where we should get a reveal trailer and more. As for the game release schedule, it is intended to be ready for that all important pre-Christmas period – perhaps with cross promotions like GPU (we wish) and console bundling activity.

In other EA games news, the Mass Effect Legendary Edition is going to be released on 14th May. This update delivers a 4K UHD remaster of all the single-player base content, and over 40 DLCs, from Mass Effect, Mass Effect 2, and Mass Effect 3 games, including promo weapons, armours, and packs. The original Mass Effect has had gameplay and quality of life updates to bring it up to a similar standing as its sequels. Moreover, there are significant graphics updates and enhancements. On PC this graphical enhancement can go to another level with unlocked framerates.

Mass Effect Legendary Edition can already be pre-ordered on Origin, for example, where you will see the min/rec specs listed as above.