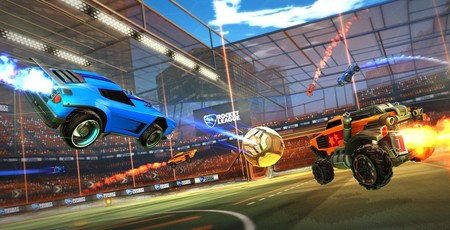 Epic Games' march to get as many publishers and developers on its Epic Games Store distribution platform as possible has entered a new stage this week, with the announcement that the company has acquired Rocket League creator Psyonix.

Epic Games has been drawing ire since announcing the Epic Games Store in December last year thanks to an aggressive campaign of timed exclusivity deals which has seen titles including The Division 2, Metro Exodus, Borderlands 3, and Phoenix Point disappear from rival Valve's Steam platform.

Its latest deal, then, may not go down well with Steam fans: The company has splashed the cash to acquire developer Psyonix, creator of the popular multiplayer car-based explosive football game Rocket League - and will bring the title to its own Epic Games Store as a result.

'Your first question to news like this might be, "What does this mean for Rocket League and its community?" We’re happy to say that the answers are only positive,' Psyonix claims in a blog post announcing the acquisition. 'Rocket League always has been and always will be a community-driven game, and now that we have joined forces with Epic, we will be able to serve our community in even bigger and better ways!'

There will be no immediate changes, Psyonix has confirmed, though 'in the long-term, we expect to bring Rocket League to the Epic Games Store.' Neither company has yet confirmed whether this would mean its removal from rival distribution platforms, in particular Steam, or if it would be listed for sale on multiple platforms. The company has, however, stated that it will not be removed from any alternative platforms immediately, and that those who have already purchased the game on Steam 'can still play it and can look forward to continued support.'

The acquisition comes as Epic continues to work on adding new functionality to the currently sparse Games Store, with a view to launching cloud save functionality and improved management of game installation this month but user reviews, wish-lists, and other community-driven features pushed back into a six-month timescale. 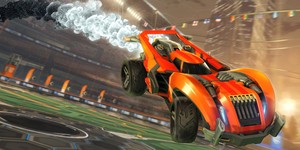 With a transition to the Epic Games Store to boot. 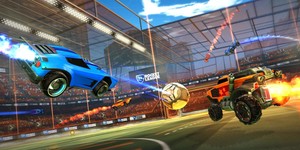