Epic Games' Unreal Engine has been updated to version 4.16, bringing with it a range of new improvements including the provision of full source code to 'approved' Nintendo Switch developers, a switch to DirectX 12 by default for the Xbox One, and better support for HTML5 gaming.

In a blog post detailing the major features which made it into Unreal Engine 4.16, Epic Games' Alexander Paschall unveiled the introduction of tools allowing developers to improve the realism of their environments. Volumetric fog can now be used to simulate clouds of dust, smoke, or indeed fog flowing through an unlimited number of light sources. A new image-based fast-Fourier transform (FFT) convolution feature allows for custom bloom shapes for more realistic lighting and reflections, though Epic warns that it's processor-intensive enough that its use should be limited to non-interactive cinematics or only enabled on extremely high-end hardware. Improvements to distance field ambient occlusion (DFAO) and ray-traced distance field shadows boosts performance by a claimed 30-50 percent on mid-range and console hardware, while the introduction of Intel's Embree ray-tracing library has more than doubled the speed of static-mesh distance field generation.

Other changes are designed to improve how physics work in the game engine. A new lightweight rigid body simulation allows for vast numbers of physically simulated characters to be rendered and simulated using the new high-performance 'immediate mode' PhysX application programming interface. Developers also have access to NvCloth, a low-level clothing simulation solver from Nvidia, as a replacement for the engine's previous APEX solver.

For developers working on titles to run on Nintendo's latest Switch console, Unreal Engine 4.16 brings with it the ability to generate and release certified Switch-compatible builds for the first time. Full source code for the Switch version of the Unreal Engine is also being provided to 'approved developers' free of charge, Epic has confirmed, allowing for any required tweaks or changes to be made. Other tweaks include improvements to the engine's virtual reality editor, including physics simulation for the first time, and a switch to DirectX 12 as standard for Xbox One games.

Finally, Epic has improved developers' ability to build web-based Unreal Engine titles: The latest release of the engine includes the new WebAssembly (WASM) standard, offering a dramatic performance boost and system requirements drop over previous releases, as well as support for the OpenGL ES 3.0-based WebGL 2.0.

A full list of changes, many with demonstrative videos, can be found in the official announcement. Thus far, no developer has come forward with a release date for the first game to be built around Unreal Engine 4.16. 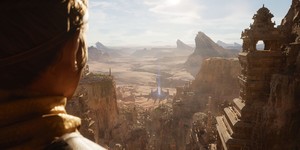 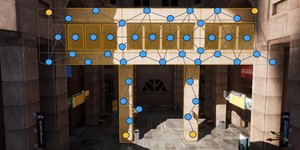 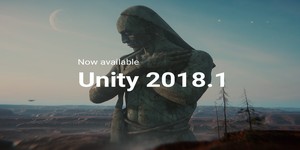