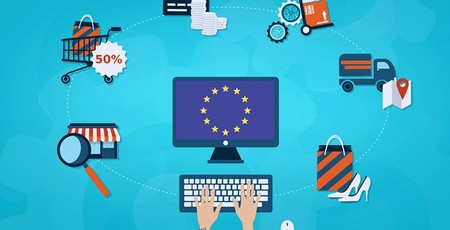 Valve, as owners of the PC gaming Steam distribution platform, and five other companies selling PC games on Steam, have been fined a total of €7.8 million by the European Commission. The fines were precipitated by the actions of this 'cartel' in setting up and maintaining differing game pricing levels within the European Economic Area (EEA).

Executive Vice-President Margrethe Vestager, in charge of competition policy, reminded industry observers that the EU videogame market is worth over €17 billion. However, geo-blocking activity to differentiate games prices across the EEA is prohibited under EU law as "such practices deprive European consumers of the benefits of the EU Digital Single Market and of the opportunity to shop around for the most suitable offer in the EU," noted Vestager. It was found that, from September 2010 and October 2015, Valve entered into agreements with five other video game companies to prevent activation of games keys outside of a selection of central and eastern EEA countries which included; Czechia, Poland, Hungary, Romania, Slovakia, Estonia, Latvia and Lithuania. Furthermore, between March 2007 and November 2018 four of the same companies entered agreements with Valve to restrict cross border licensing and distribution of various games titles. About 100 games were affected by these Eu antitrust violating agreements.

Fines have been set by the Commission as follows:

The European Commission started its investigations in February 2017. Any person or company that reckons they were affected by the pricing geo blocking 'cartel' can now apply for damages.