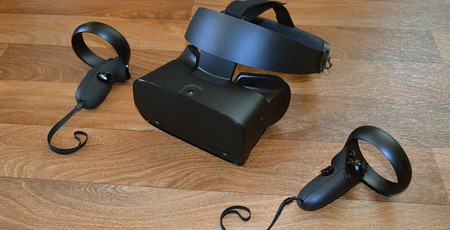 A communication received by UploadVR indicates that Facebook has discontinued the Oculus Rift S. The VR-focused news site noted that stocks of the Rift S had run down in the US and asked Facebook to comment. Facebook confirmed that stocks won't be replenished going forward and this applies worldwide. The Rift S is the 2019 successor to the original Rift which started shipping in 2016.

When the original Rift made waves in the industry there seemed to be an extreme split in the types of headsets you could buy – the PC connected HMDs which offered the most impressive graphics but were tethered to your computer, or the dumb HMDs which were mere smartphone receptacles and offered rudimentary VR experiences.

Facebook / Oculus seems to now be following a middle or hybrid way forward where the HMD has a decent amount of processing power for standalone use, but can be connected to a PC for the ultimate experience. To push forward with this vision it currently offers the Oculus Quest 2.

"Rift S is still available for sale currently in some channels around the world, but as we announced last year, we plan to stop selling Rift S in 2021," a Facebook representative explained to UploadVR in an email.  "Generally speaking, as channels sell out of stock, they won’t be replenished moving forward."

Facebook has a lot of muscle as one of the current tech titans, but there is some resistance to its vision, partly because it insists on users now having a Facebook account to access its VR services and apps. Meanwhile, other companies are keeping the faith with PC tethering – companies like HTC and Valve. On consoles Sony looks set to offer a similarly console-tethered, rather than hybrid device, for its PS5.