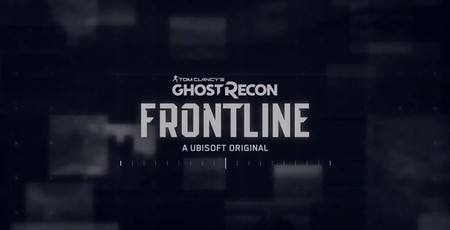 Ubisoft took the wraps off a new Battle Royale (BR) type game at the Ghost Recon 20th Anniversary Showcase in Paris on Tuesday. Naturally, it will become part of the Ghost Recon universe but brings this IP into the realms of f2p with up to 102 players in combat in a first person view 'military experience'.

At launch Tom Clancy's Ghost Recon Frontline will be solely set on Drakemoor island, described as an open world full of diverse landmarks and biomes. The game's flagship BR mode is called Expedition, and this will see players in a mission to different parts of the map to gather intel. Once the squad of three has completed this mission it is then tasked with successfully passing in onto HQ via a drop zone. Unfortunately all the rival teams on the map will know if you call for an extraction and might see this as an easy way to intervene in your success.

A maximum of 34 teams of three can play on an instance of Drakemoor Island. Ubisoft says it is encouraging strategic gameplay throughout Expedition and other launch modes, and players are aided in this endeavour by having lots of choices. A "unique and advanced class system" is central to player strategy, tactics, and success. Three classes of contractors will be available at launch (Assault, Support, and Scout) with more in the pipeline. Ubisoft says that you won't get stuck with a certain class in the fray as you can "switch between different contractors even in the heart of battle," as tactics see fit. There is a Ghost Recon Frontline closed beta planned to begin on 14th October in Europe (developer is Ubisoft Bucharest). If you want a chance to partake in the beta, please sign up at the game's new dedicated website: ghostreconfrontline.com. The devs will be working hard to adjust and balance the game through the multiple live phases planned, aiming to produce "the most polished and entertaining experience possible".

Ghost Recon Frontline is coming to Xbox Series X/S, Xbox One, PlayStation 5, PlayStation 4, Stadia and Windows PCs. We don't have a finished game launch date to share yet.