Hitman GOTY review bombed on GOG due to DRM 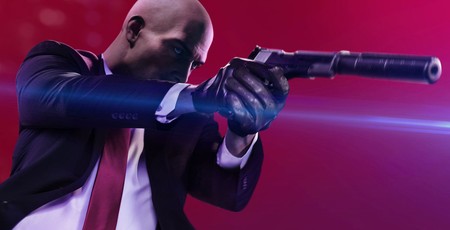 Last week, Hitman Game of the Year Edition (GOTY) was released on GOG. The game was a welcome injection into the GOG library, which isn't the biggest PC games collection around. Most will already know GOG is owned by CD Projekt Red, so while it is a great place to buy AAA titles like The Witcher 3 or Cyberpunk 2077, most of the other games are older titles/remasters etc.

One of the core appealing aspects of GOG is that it sells PC games 'DRM free', even its most modern titles. This is great for game lovers who might want or need to play offline. However, despite GOG's 'no DRM' reputation, it seems like some aspects of Hitman GOTY have got caught in this unpleasant net.

On the Hitman GOTY page, there is a "Why buy on GOG.com?" callout box, which says the game will be "DRM free. No activation or online connection required to play." This isn't strictly true - another callout box atop of the game description seeks to let would-be purchasers know about some occasions the game might have to connect to game servers. "Please note: Internet connection is required to access Escalation missions, Elusive Targets or user-created Contracts. Story and bonus missions can be played offline," explains this info section. However, this explanation isn't enough for many users and is the reason for gamers 'review bombing' the page. At the time of writing, the game has a terrible overall GOG user review score of just 1.4 out of 5. That score doesn't anywhere near line up with reviews by critics or users on other platforms. Eurogamer reports that some users say that Hitman GOTY was initially launched on GOG without the aforementioned 'Please note' internet connection required warning. Others say that the warning isn't thorough enough as connections are also required for game activities such as; unlocking weapons, items, outfits, starting locations and more.

GOG forum admins have responded to gamer grumbles in the forums, warning users about review bombing, and going so far as recommended folk go through the refund process if they are unsatisfied.

Those sitting on the fence might want to wait through the "coming weeks" to see what changes GOG will make to smooth acceptance of Hitman GOTY on its platform. Some are optimistic about a totally offline experience being delivered, others not so much.

Before signing off, I think it is worth mentioning that GOG has quite a deep discount on Hitman GOTY to welcome it to its store – 70 per cent off (US$17.99) until 29th Sept.

Another appeal of GOG is that it works with developers to prepare DRM free versions of (very old) classics that work on modern hardware/OSes. I own The Witcher 3 on the platform, but most of my games are 'oldies'; like the Syndicate games, Ultima games, classic Fallout titles, Total Annihilation, and Beneath a Steel Sky.

Do Bit-Tech readers think that the level of 'DRM' and 'phoning home' by Hitman GOTY on GOG is acceptable, or a sign of 'DRM rot' on the platform?