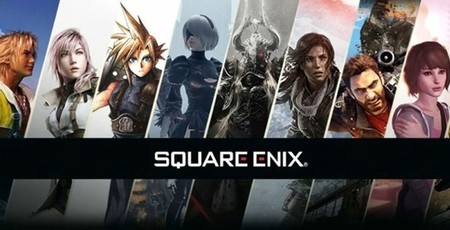 Japanese video games company Square Enix is being eyed by potential buyers according to a report by Bloomberg Japan. The publisher is probably best known for titles like Final Fantasy, Dragon Quest, and Kingdom Hearts but absorbed Britain's Eidos Interactive a decade ago forming Square Enix Europe, the publisher of popular franchises like Tomb Raider, Deus Ex and Just Cause. Incidentally Square Enix has the rights to classic Taito arcade games like Space Invaders and Bubble Bobble.

Two bankers informed Bloomberg Japan about the corporate interest in Square Enix.  The bankers were familiar with "multiple potential buyers," being interested in buying out this important gaming firm, however no interested parties were named in the brief news piece shared on Thursday. Acquisitions have become increasingly popular in the gaming industry as one way to grow or consolidate market share, and secure lucrative IPs. Microsoft completed its ZeniMax purchase only last month, so perhaps we are seeing Sony's next chess move – and it would naturally be attracted to another Japanese company. Niko Partners video games analyst Daniel Ahmad seemed quite sceptical with regard to the reported talks amounting to much, asserting that "game companies often have discussions about M&A," and that nothing might actually therefore be happening this time around.

Square Enix's share price reacted positively to the rumours. It is noted however, that the video gaming market might see some contraction in the coming months as lockdowns ease worldwide and people get out more.