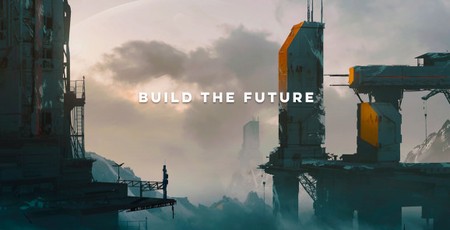 A new games studio has launched called Archetype Entertainment and it's getting straight to work on a science-fiction RPG that could be very promising.

Why is it so promising, you ask? Archetype Entertainment is a new division of Wizards of the Coast and is made up of many former Bioware developers, so they know their stuff when it comes to RPGs.

The studio was technically founded in late 2019 but its first tweet only emerged a few days ago, announcing this forthcoming 'multi-platform role-playing game set in an all-new science fiction universe'. The studio is also currently hiring to bolster its already impressive roster.

Archetype Entertainment consists of BioWare veterans including James Ohlen who was lead designer on Star Wars: The Old Republic, Drew Karpyshyn, lead writer of Knights of the Old Republic and Mass Effect, and Chad Robertson, who previously worked on The Old Republic as well as Anthem. Robertson recently left BioWare after his work on Anthem, with Ohlen having retired from BioWare in 2018.

Just those few names have worked on pretty much every BioWare hit you can think of over the last couple of decades, including Baldur's Gate, Neverwinter Nights, and Dragon Age: Origins.

Archetype Entertainment is based in Austin, Texas, and is currently hiring for a number of positions. This includes art director, numerous artists, a lead gameplay engineer, senior gameplay designer, and animators. So, we wouldn't expect a new epic sci-fi RPG just yet. Clearly, the hype is slowly building rather than Archetype Entertainment having anything to demonstrate just yet.

However, the pedigree is certainly there and Archetype Entertainment's website suggests the right attitudes follow it. In a statement, the firm explains its thought process: "we believe there will always be a place for story-driven roleplaying games that put the player at the centre of an epic personal narrative with impactful choices. We are building games that represent the diversity of our audience. We also believe that game studios should empower top developers and challenge them with ambitious projects that are shaped by a strong, clearly communicated creative vision."

To us, that sounds a lot like the kind of thinking that led to games like the Mass Effect and Dragon Age series - games that provided a fair amount of open-ended gameplay and decisions that actually affected things.

Cross your fingers that this will be something special like BioWare of old, rather than something like Anthem. 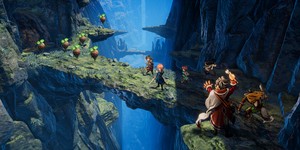 Eiyuden Chronicle is the name of the distantly planned game 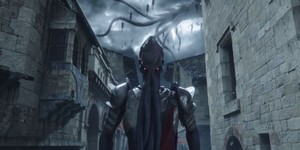 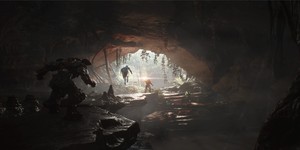