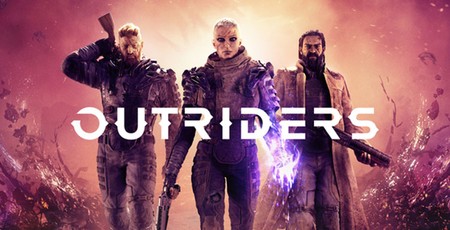 Outriders is scheduled for release on 1st April this year on Steam, PS4, and Xbox One (with new gen consoles to follow). Developers People Can Fly seem to be confident in their game's appeal, and keen to get as many people to play the game as possible ahead of release and have thus prepared an extensive free demo. The demo becomes available next week.

To quickly sum it up, I'll describe Outriders as a co-operative third-person shooter for one to three people set in an original, dark and desperate sci-fi universe. If you like the genre with shooting from cover, four character classes, skill trees, and teamwork it might appeal, and already has some plaudits from big name gaming media like GameSpot and Game Informer. Back to the demo info, and the first thing you should know is that this extensive taster becomes available from Thursday 25th February, the same day as the GeForce RTX 3060 12GB launches. Downloading the demo via Steam, be prepared for a 24GB wait and there are currently no plans to allow demo pre-loading. This demo isn't a beta and no purchase or pre-ordering is required.

Importantly you will have plenty of time and opportunity to get your teeth into Outriders. The demo has no time limits but just restricts you to the game's prologue & opening chapter. People Can Fly alerts you to the fact that enemies and gear you encounter will thus be early game variants but the further you get in the game "the more twisted, exotic and powerful both gear and enemies will become". Demo players get access to all four character classes (Pyromancer, Technomancer, Trickster, Devastator), experience up to level seven, and thus add two points to your skill tree, as well as make use of six character slots. After you overcome your conflict with Gauss at the end of chapter 1, some side missions will unlock giving you more opportunity to play and explore the world. You can also change difficulty up to World Tier 5, creating more chances for rare and legendary gear to drop.

There is crossplay available too, and any progress can be carried over to the full game when it comes out. The arrival of the full game doesn't mean your demo isn't usable any more, the developer plan to leave it open to win players.