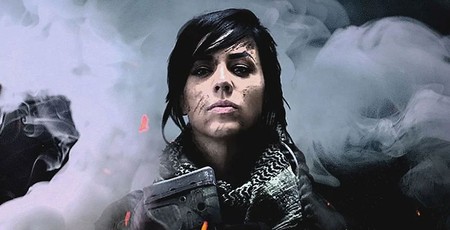 Videographer and Photographer Clayton Huagen alleges that games publisher Activision Blizzard and developer Infinity Ward infringed his copyright on an action character. In 2019 a new female character, an operator called Mara, was introduced to Call of Duty: Modern Warfare. Her appearance was heavily marketed in materials published coinciding with the game's Season One first battle-pass, as you can see in one example of many cited by Huagen, below. In 2017 Huagen made public a feature film plan which revolved around a character called Cade Janus. He went around film studios pitching his ideas with various images / photos of the female character, as well as sharing imagery on his website, and social media such as Instagram.

It is important now to understand that Huagen contracted model Alex Zedra to dress up as Cade Janus and pose in various scenes / environments as if she was an action movie star. Professional makeup people were also contracted to make Zedra look the part. Huagen's lawyers wrote in their complaint that Activision Blizzard and Infinity Ward subsequently hired the same model, the same makeup artist, and instructed the creatives to mock up the same poses/scenes as they had seen for Cade Janus. Huagen says that the developer even posted his photos on the photo studio wall during the re-shoot for COD:MW. Last but not least, Huagen alleges that the model and makeup artist were required to sign non-disclosure agreements to "conceal their planned infringement." On the surface the story might sound a little fanciful and that the model has a certain face that is really her IP alone, but if you look very closely at some A/B photo comparisons between Cade Janus and Mara charagcters there appear to be more than just accidental similarities.