IDF 2010: Razer, in conjunction with SixthSense will release a motion capture controller designed for gaming on the PC sometime next year.

The announcement came at the Intel Developer Forum 2010 in San Francisco, towards the end of Intel's keynote address delivered by General Manager Dadi Perlmutter.

Razer claimed the as-yet-unnamed device will be supported by a bunch of big game publishers, including Valve.

Details on what the product is are still thin on the ground, so it's unclear , how much it will cost or even what design it will have, but it should be out within a year.

We'll be trying to find out more from both Razer and Intel as the show goes on throughout the week, so stay tuned for further updates.

Let us know your thoughts about PC-based motion controllers in the forum. 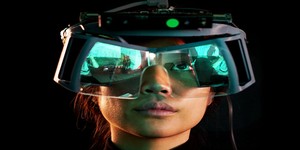