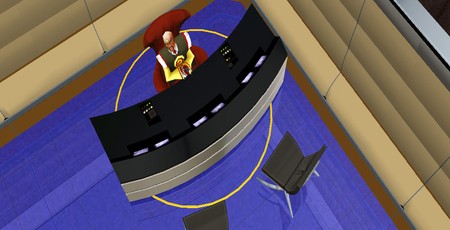 Rebellion Developments has announced that it is working on a follow-up to 2004's Evil Genius: The World Domination Simulation, in the hope that its ill-received Facebook outings haven't damaged the brand too badly.

Developed by Elixir Studios, founded by former Lionhead staffer Demis Hassabis, Evil Genius launched in 2004 as a single-player real-time strategy (RTS) game in the Dungeon Keeper mould but swapping fantasy tropes for those of 60s and 70s spy thrillers. The player is placed in the role of the titular Evil Genius and given the responsibility of building a base of operations, protecting it from do-gooder spies, and building a name for the operation through global 'acts of infamy'. The game was well received at launch for its humour, and composer James Hannigan walked away with a BAFTA for the game's score, but plans for a sequel came to a crashing halt when Elixir Studios folded in 2005.

When Rebellion Developments picked up the rights from Elixir Studios, Evil Genius fans had hope the sequel was saved. Sadly, these hopes were quickly dashed: Rebellion left the planned sequel on the chopping board in favour of cash-in Facebook games Evil Genius: WMD and Evil Genius Online. The former was particularly short-lived, while the latter - which was also ported to mobile devices - ran through to February this year.

Now the company has announced it is working on the true sequel cancelled twelve years ago with Elixir's closure. 'We're thrilled to announce we are now officially working on Evil Genius 2,' the company confirmed via social media following the release of a video interview with chief executive Jason Kingsley. 'We'd like to make this super-duper clear: this isn't a remaster,' the company added. 'Evil Genius 2 will be a fully-fledged sequel and it won't be free to play. Our focus is currently on a PC release, but as ever we'll look at other platforms and see what fits and what doesn't.'

Rebellion has refused to put a date on the game's release, but claims to be actively 'coding, designing, and er... arting' the title now. A batch of Sniper Elite 3 keys have been cancelled after it emerged that they had been stolen and re-sold to vendors. Wargaming buys Total Annihilation and Master of Orion from Atari

Atari has sold off several of its IPs at auction with Wargaming, Rebellion and Stardock all picking up franchises.

Obsidian Entertainment has said that the Aliens RPG it was working on was practically finished, but was cancelled anyway.