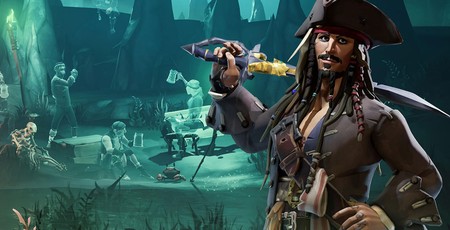 Rare has released Sea of Thieves: A Pirate's Life, the third season of its seafaring adventure game. As you will note from our headline, the expansion was a substantial collaboration between Rare and Disney – creators of the Pirates of the Caribbean (POTC) film series.

Sea of Thieves: A Pirate's Life delivers a new adventure, which you can enjoy solo or as part of a crew. The story begins when you break Captain Jack Sparrow out of jail and embark on five new Tall Tales – and the bridging of the "two legendary pirate worlds" begins. For the first time you will set sail on the supernatural Sea of the Damned, venture into the undersea Sunken Kingdom, facing deadly sirens, phantoms, and ocean crawlers. To help you face new foes, new weapons will be available too.

In addition to the adventures accompanied by Captain Jack, season three introduces the following goodies: Sea of Thieves: A Pirate's Life has been released as a free update to all players on PC, Xbox One, Xbox Series X/S, Xbox Game Pass and xCloud. Rare released a set of release notes including a list of technical issues fixed, which you might like to peruse if you are a seasoned Sea of Thieves sailor.