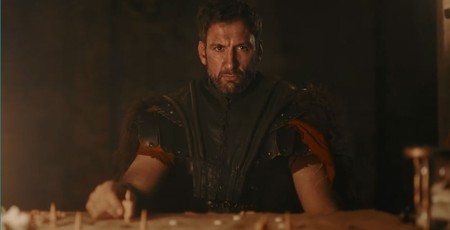 Sega's 2004 vintage Rome: Total War is getting a remaster next month. The new Total War: Rome Remastered includes spangled 4K graphics plus other visual enhancement plus some gameplay and UI improvements as a "comprehensive remaster" project from developers Feral Interactive. The same developers have a history with this game as they created the ports of the original for Mac and Linux.

As is usual for such a remaster project it is claimed that the developers have managed to add all the modern accoutrements you could wish for without sacrificing the gameplay that made the game a classic.

Running through the improvements, first of all we get 4K UHD and widescreen support. Textures have been redefined, models reworked and a mix of new units and objects added to enrich the visuals. New environmental effects are applied to the remodelled environments – cities, ports, landscapes etc. Additionally, there is a scalable UI to avoid the embarrassing extremes of menus and UI elements being too big or too tiny. Moving onto other improvements, the developers say that the in game camera works just like in all the more modern Total War games. This includes intuitive WASD control, plus rotation and zooming.

Modern game mechanics are embraced with players being able to expand their armies and experience 16 additional factions that were previously locked, giving a grand total of 38 playable factions. Merchant agent types are now available, as in later games in the series, and cross-platform multiplayer is open across Windows, Mac and Linux to let you battle with your friends. Finally, if all the new stuff is a bit too much for you to start with, you can use the new UI to toggle on/off all the improvements made across all aspects mentioned above, to bring the experience back as close to the classic experience as is sensible.

Total War: Rome Remastered is scheduled to be released on 29th April and you can already pre-order it via Steam, if you wish (£24.99 in the UK). If you already own the original Rome: Total War on Steam you will receive an extra 50 per cent off.