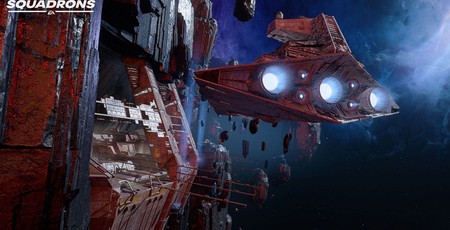 EA's Motive Studio has published a blog post highlighting some free content which will be winging its way to Star Wars: Squadrons players over the coming weeks. There are two updates detailed on the blog; the first (Update 3.0) is just days away, arriving on 25th Nov, and then the December update (Update 4.0) will land on an unspecified date in the next calendar month. Some great news is that the updates are free, contain various bug fixes, balance changes and tuning, and have some interesting new content that you might really enjoy too.

Update 3.0 includes a new multiplayer map called Fostar Haven. This is a map based upon the game's first prologue mission. When the update arrives you will be able to play Fleet Battles and Dogfights in Fostar Haven.

As well as the map, Update 3.0 comes with four new components. Fighters and Bombers will be able to equip a Boost Extension Kit. Interceptors and Fighters will be getting Ion Rockets, Bombers and Fighters will receive Prototype Piercing Torpedoes, and the U-wing and TIE reaper will gain an Anti-Material Rocket Turret.

With the December update two new starfighters will be delivered to Squadrons players, one for each faction. The SF-01 B-wing starfighter makes its way into the New Republic's fleet. At the same time the ranks of the  Imperial Navy will be bolstered by the TIE/d Defender. The EA blog explains that both new craft will be able to use components relevant to their faction and class but "they’ll also come with their own unique aspects in line with what you’d expect from them, such as the B-wing with its gyro-cockpit and swiveling wings and the TIE defender with its shields". Another introduction to the game Motive was keen to talk about is Custom Matches. These matches allow you to join in team battles with up to five a side in any of the seven maps in Dogfight or Fleet Battles.

Lastly Creative Director, Ian Frazier, wanted to use the blog news post to thank players, especially those who provided support with pre-orders, folk who provide feedback of any kind, and gamers who engage in the Squadrons community.