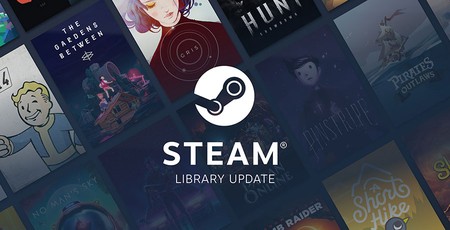 A Steam update was pushed out to the beta client earlier this week. One of the fixes it listed in the release notes was targeted at a rather small number of users – for gamers who owned 25,000 or more games on the popular PC platform. With the update installed it means that a possible bloated games library crash won't occur.At the time of writing there are just over 51,000 games available on Steam for the PC. Over 10,000 of those titles were added in 2020 alone.

Sometimes it is easy to accrue large numbers of games in bundles and other promotions, and end up with a library bristling with titles you've never installed or played, but there are people out there who own 25,000 or more titles. These folk could have been looking at PC crash misery due to their laden libraries until Monday. According to Steam Ladder there are three known Steam users with libraries boasting over 25,000 games, and Dwight Shrute is the top dog in this regard with a library featuring 32,817 titles. Other whales making up the top three, and only three users over the 25k mark, include Sonix with 28,602 games, and GT4 with 26,020 games squirrelled in his/her library. Incidentally, on that site, I found a user who has somehow clocked up over 200 years of total playtime in 8 years but only owns a paltry 3,291 games.

Valve's large games library fix will hopefully make its way out of beta into the main update branch soon. The next big Steam Sale is the Steam Open World sale running from 27th - 31st May. That will be followed quite quickly by the traditional Steam Summer Sale which usually starts in June.