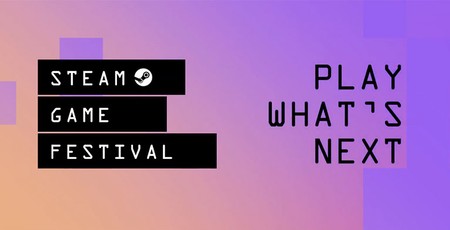 Valve / Steam is inviting you to come along (virtually) to the Steam Game Festival to "Play what's next". During the week-long online event there will be oodles of demos available to download and try out, as well as various dev chats to watch and take part in, and fun livestreams to watch too.

The Steam Game Festival begins at 10am PST (6pm UK time) on Wednesday 3rd February, and runs until 10am PST the following Tuesday. If you hop onto Steam via the web or the client software during that time you will find that there will be over 500 free game demos to explore, bountiful developer livestreams talking about and play testing their latest games, plus the chance to chat with developers about their latest wares.

Valve says that the games and devs featured will span the breadth of the industry – from the smallest first-time indie outfits to the "seasoned pros". The specially commissioned promo video looked like it erred towards the latter rather than the former though.

There are more clues to the festival content to be had – if you check out the Steam YouTube channel you will see separate videos teasing all the hottest PC gaming genres; adventure, action, horror, platformer, puzzle, RPG, racing, VR, visual novels, and strategy. The VR specific video is embedded below, for example.

The Steam blog doesn't mention what happens to the demos after the festival ends. Hopefully when the event is over, that simply means the live streams and chats are over, but the demos will remain available in the Steam Store for those interested in trying the various games.